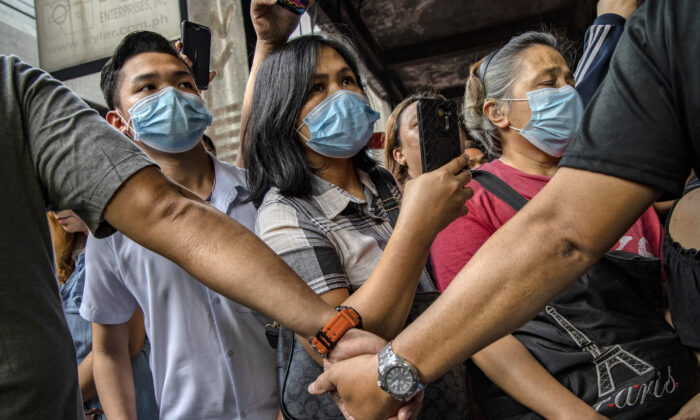 BEIJING/MANILA—The Philippines has reported the first overseas death from the growing coronavirus epidemic that originated in China, where new infections continue to increase daily.

Officials in the Philippines said Feb. 2 that a 44-year-old Chinese man from Wuhan city died after developing severe pneumonia. It was the first death reported out of more than 130 cases in about two dozen other countries and territories outside of mainland China.

“I would like to emphasize that this is an imported case, with no evidence of local transmission,” Health Secretary Francisco T. Duque III said.

However, some countries are responding to fears of the virus spreading by ramping up border controls. Singapore and the United States announced measures Jan. 31 to ban foreign nationals who have recently been in China from entering their territories, and Australia followed suit on Feb. 1.

The Philippines also expanded its travel ban to include all foreigners coming from China, widening an earlier restriction that covered only those from Hubei.

“The Philippine Government has already implemented a temporary travel ban for travelers coming from China, Macau, and Hong Kong. DOH is monitoring every development on the 2019-nCoV very closely and is taking proactive measures to contain the spread of this virus in our country,” Duque added.

The United States has introduced mandatory quarantine for any U.S. citizens arriving from Hubei, while banning any foreign travelers who’ve been in mainland China in the past 14 days.

The Pentagon said it would provide housing for people arriving from overseas who might need to be quarantined.

In Mexico, ride-hailing application Uber said it suspended 240 accounts of users who may recently have come in contact with someone possibly infected with the virus.

There are no confirmed cases in Mexico yet.

By Ryan Woo and Enrico Dela Cruz. The Epoch Times contributed to this report.