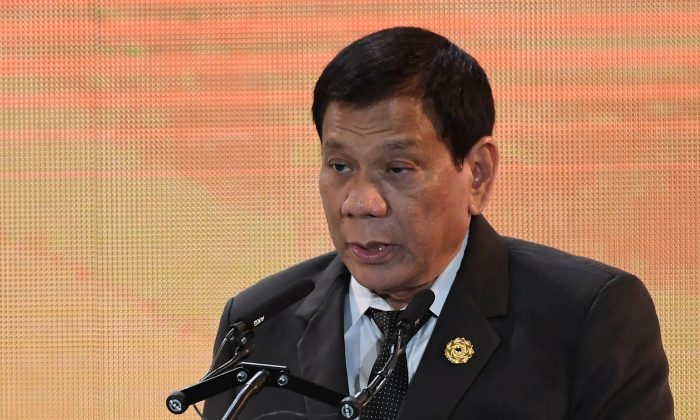 MANILA–Philippine President Rodrigo Duterte said his country was willing to host a “world summit” to tackle how nations can protect human rights.

The firebrand leader, who spoke in a news conference late on Thursday, Nov. 9, while in Vietnam for the Asia-Pacific Economic Cooperation meeting, said the summit should focus on human rights violations not just in the Philippines but globally.

President Duterte has faced criticism from some western countries and human rights groups for his war on drugs in the Philippines. Duterte’s anti-narcotics campaign that has killed more than3,900 suspected drug users and peddlers, in what the police called self-defense after armed suspects resisted arrest.

Critics dispute that and say executions are taking place with zero accountability, allegations the police reject.

“Let’s have a summit of how we can protect human rights for all human race,” Duterte said shortly after meeting with the Filipino community in Vietnam, where he also renewed his attacks against United Nations human rights expert Agnes Callamard.

“What makes the death of people in the Philippines more important than the rest of the children in the world that were massacred and killed,” he asked.

He said all victims of human rights violations are welcome to attend the summit and air their grievances.

Duterte reiterated his threat to slap Callamard if she investigates him for the rising death toll in his war on drugs and would ask her why she has made no comments on the victims of bombings and violence in the Middle East.

“What have you been doing all the time? Why are you so fascinated with drugs?” Duterte said.

Duterte also threatened to ban two American lawmakers from coming to Manila after they criticized U.S. President Donald Trump for inviting him to visit the United States.

“If you do not like me, I do not like you. We’re even,” he said without naming the lawmakers. Democratic Rep. James McGovern and Republican Rep. Randy Hultgren had called on Trump to highlight the human rights situation in the Philippines in his upcoming visit to Manila.

“I will tell them, you are too presumptuous. What made you think that I am even planning or thinking about visiting your country?”

At the same time, Duterte’s Philippines has also been fighting a five-month long battle in the country’s south against pro-ISIS terrorists, winning praise for defeating the ISIS-backed Maute and Abu Sayyaf Salafi jihadist groups without any human rights violations.