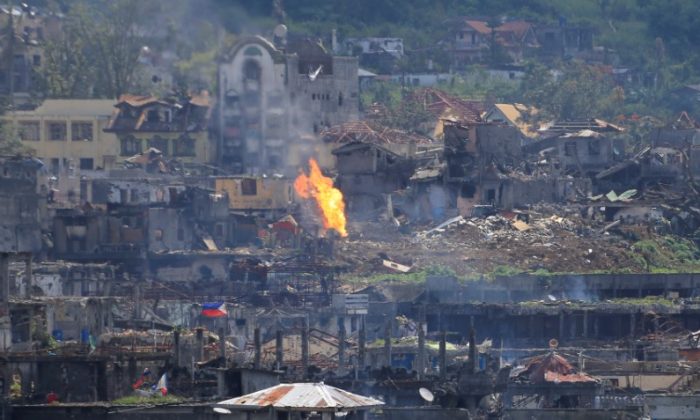 MANILA–Philippine troops clashed briefly with pro-ISIS terrorists in the volatile south on Saturday, Jan. 20, the army said, in their first engagement since the government retook Marawi city in the country’s biggest battle since World War Two.

The clash erupted after government forces encountered about 10 members of the Maute group in a district in Lanao del Sur, a stronghold of the terrorist group, which has pledged allegiance to ISIS, Suscano said in a statement.

The military in October declared victory over the Maute group, which seized control in the southern city of Marawi on May 23, after killing the remaining terrorists, including a few foreign fighters.

More than 1,100 people, including 165 soldiers, died in the five-month conflict.

The siege of Marawi, the country’s biggest security crisis in years, has stoked wider concerns that ISIS loyalists have learned how to thrive in impoverished Muslim areas of the island of Mindanao and use its jungles and mountains as staging posts to launch attacks.

Philippine President Rodrigo Duterte has extended martial law for all of this year in Mindanao, an island he called a “flashpoint for trouble” and atrocities by Islamic and communist rebels.