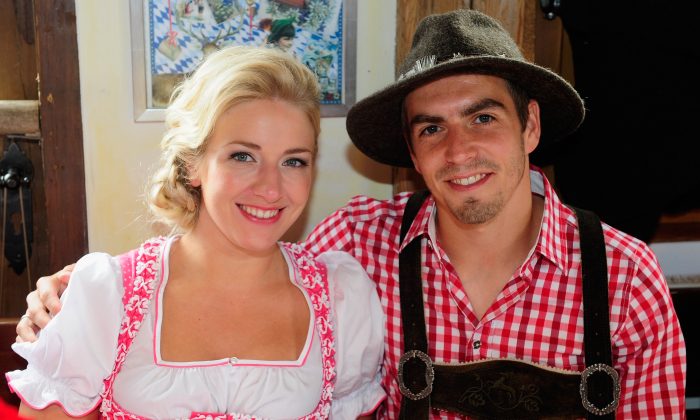 Who is Germany football captain Philipp Lahm married to?

The 30-year-old defender/midfielder has been making headlines at World Cup 2014 because commentators and analyst hope to see him in a right back position, but coach Joachim Loew has persisted up until the quarter final match to play him in a holding midfield role.

Lahm is married to Claudia Schattenberg, 29.

According to Fabwags.com, Lahm and Claudia met when they were 16, although they only started dating in 2008.

The couple tied the knot in traditional Bavarian fashion on July 14, 2010 in Aying, a Munich suburb.