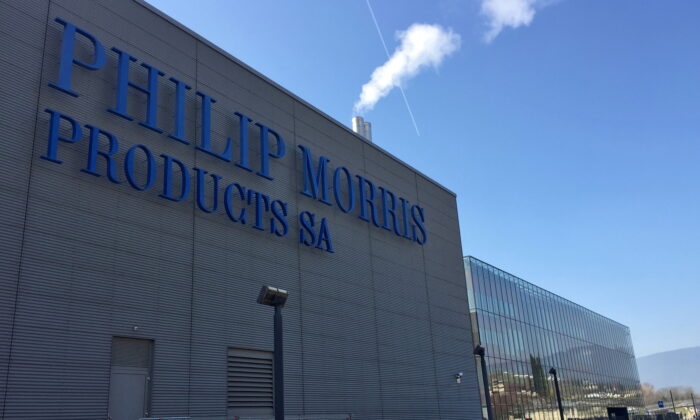 Philip Morris International's research and development headquarters are pictured next to the company's cigarette factory in Neuchatel, Switzerland, on March 17, 2017. (Paritosh Bansal/Reuters)
Companies

Cigarette maker Philip Morris (PMI) clinched its 1.1 billion-pound takeover of asthma inhaler maker Vectura on Thursday, winning the support of the British company’s shareholders despite the concerns of health professionals.

Vectura’s shareholders decided to take the 165 pence-per-share offer from PMI, with nearly 75 percent backing the deal.

Buying the London-listed inhaler maker is part of Philip Morris’ long term plan to develop “smoke-free” products and switch to being a “broader healthcare and wellness” company.

But it has angered health groups such as Asthma UK and the British Lung Foundation that have questioned whether a tobacco group should own a company that cures the very respiratory illnesses cigarettes cause.

PMI Chief Executive Jacek Olczak has argued that acquiring Vectura is a critical part of his strategy to move the company “Beyond Nicotine”.

He told the Telegraph last month that opponents of the deal were “not interested in progress” and accused them of “settling old scores” with the tobacco industry.

Olczak said on Thursday PMI would provide Vectura’s scientists with the resources and expertise to reach its goal of generating at least $1 billion in net revenue from “Beyond Nicotine” products by 2025.

In the meantime, Asthma UK and the British Lung Foundation said they have sent a letter urging the government to look into any conflict of interest issues.

The letter was co-signed by 35 charities, public health experts, and clinicians.

“We call on the government to stand by its commitment to the World Health Organization Framework Convention on Tobacco Control to prevent this happening,” Woolnough added.

PMI has received regulatory clearances for the deal and following the public tender process, its offer cannot now be withdrawn.

While the company received the 50 percent threshold to make its offer unconditional, it has not yet reached the 75 percent of shares it needs to delist Vectura.

PMI said it was extending its offer to Sept 30., to give Vectura shareholders time to accept its proposal.

“Phillip Morris isn’t ignoring the elephant; it’s making us all take a long hard look. Discomfort is good, it tends to deliver change, but care must be taken that the promised change does come and there are no detours on the journey,” AJ Bell financial analyst Danni Hewson said.