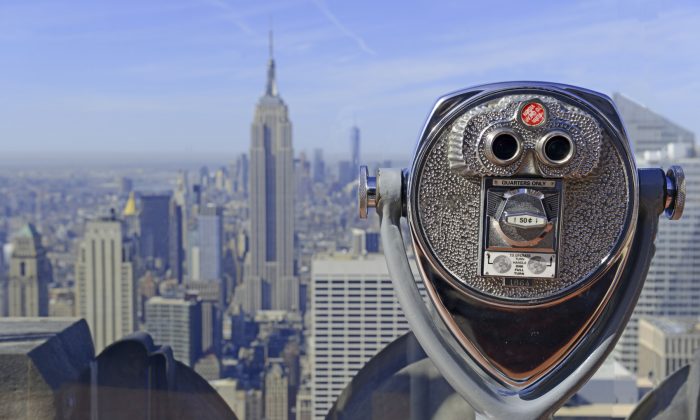 Charitable giving is big business, with many organizations handling millions in revenue. But big charities have come under fire for issues from bad accounting to actually doing more harm than good. In this piece, Tobias Jung looks at how foundations work–or not.

A philanthropic foundation and an octopus have much in common. Their non-rigid forms mean that they are both flexible and able to squeeze into areas that are inaccessible to others. Both are seen as great problem-solvers and have tentacles that are far-reaching. However, understanding their movements is difficult, and they have a spectrum of defense mechanisms against potential enemies. While studying the octopus can be left to natural scientists, foundations warrant closer social and political examination.

Why Ethical Investing Is Hard for Big Charities

Why Has Trust in Charities Been Declining?

Defining a foundation is therefore difficult. Many countries don’t make a legal distinction between foundations and other forms of charitable organization. Even labels can be misleading: few would consider the British Heart Foundation to be a “foundation,” and yet the Carnegie Corporation of New York and the Henry Smith Charity in London both qualify. As independent charities, foundations can be “grantmaking,” concentrating on the distribution of funds to achieve their goals, or “operating,” running their own programs to achieve their goals.

Their wealth can come from diverse sources, such as individual endowments or corporate wealth; their activities span the whole geographic and charitable spectrum. Even where legal distinctions between foundations and other charities do exist, it is often easier for statutory agencies to highlight what disqualifies an organization from constituting a foundation than to pinpoint their specific characteristics.

This fluidity, combined with the private nature of foundations, offers great potential for achieving positive social impact. They can address issues, and work in locations and fields, where governmental, political, or corporate organizations either face substantial obstacles or are not welcomed at all. However, this along with wealth, ambition, and a vision for social change offers rich opportunities for different types of abuse. Pursuing individual gains, interests, and agendas are just some examples.

So do foundations live up to their promise? Are they innovators, risk takers, and catalysts for positive social change? How do they achieve their aims? At what costs? Who benefits most? These questions are hard to answer. Foundations increasingly may encourage formal evaluations and assessments of the work they fund, but they remain notoriously difficult to research. As an organizational type, they largely continue to be black boxes: their internal workings are often opaque and academic research access is difficult to obtain.

From the glimpses that we do have, there are indications that foundation rhetoric and reality do not always coincide. There are concerns that foundations can focus on symbolic and legitimizing actions, and emphasize ameliorative practices instead of challenging or changing the status quo.

Critics point to the evident use of foundations as veils for advancing neoliberal and capitalist agendas in areas such as education, agriculture, and international development, and a world where elite and relatively closed networks of influence and decision-making can silence critical voices by being brought into the fold or through funding dependencies. Then there is the issue that with a wider move towards social investment and emphasis on achieving “total impact,” foundations might be encouraged to be risk-averse investors rather than risk-takers.

In the absence of a stronger research base on foundations, the extent of these issues remains unclear. This is especially so outside North America, with its longer history of “big” foundations, their role in shaping society, and the challenges this can cause.

It is very easy to criticize foundations. Giving away money effectively, addressing and dealing with complex social and political issues, and achieving positive change are all difficult and time-consuming. Great ambitions are often accompanied by epic failures. Social expectations of what foundations can achieve need to be realistic. Philanthropy’s history and the nature of “gifts” also highlight that social control and reciprocity have always been central to philanthropic action.

It is important to remember, though, that this works both ways. Tax gifts granted to foundations from the public purse, the social impacts and costs that led and lead to foundations’ wealth, and questions around democratic principles in private organizations working for the public good mean that much stronger critical engagement with foundations is needed.

Foundations are aware of these problems. They acknowledge the need for better foundation classifications and for a more transparent and accountable foundation sector. Various initiatives have been put in place. They range from the publication of “failure reports,” which share lessons on what does and what does not work, to the Glasspockets initiative, which is intended to encourage and provide transparency on foundations and the public good they provide.

Despite this, the governance and funding structures for most of these initiatives reveal that these are foundation initiatives, driven and funded by foundations themselves. So while having glass pockets is a nice idea, more transparent bodies that would allow us to get a better understanding of the internal workings of foundations would be much better.

Tobias Jung is a senior lecturer in management at the University of St. Andrews in the U.K. This article was originally published on The Conversation.