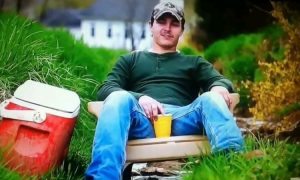 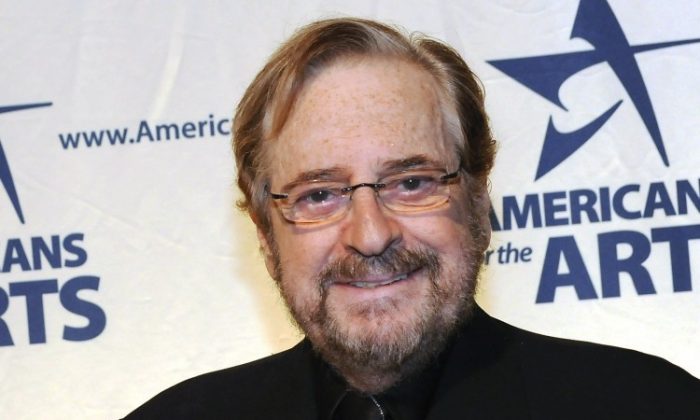 Few in the recording industry enjoyed a more spectacular and diverse career. Phil Ramone won 14 competitive Grammy Awards and one for lifetime achievement. Worldwide sales for his projects topped 100 million. He was at ease with rock, jazz, swing and pop, working with Frank Sinatra and Aretha Franklin, Stevie Wonder and Paul McCartney, Elton John and Tony Bennett, Madonna and Lou Reed.

One of the biggest names not to be inducted into the Rock and Roll Hall of Fame, Ramone was on hand for such classic albums as The Band’s “The Band” and Bob Dylan’s “Blood On the Tracks.” He produced three records that went on to win Grammys for album of the year — Simon’s “Still Crazy After All These Years,” Joel’s “52nd Street” and Charles’ “Genius Loves Company.”

“I always thought of Phil Ramone as the most talented guy in my band,” Joel said in a statement. “So much of my music was shaped by him and brought to fruition by him. I have lost a dear friend — and my greatest mentor.”

Fascinated by the mechanics of the studio, Ramone was a pioneer of digital recording who produced what is regarded as the first major commercial release on compact disc, “52nd Street,” which came out on CD in 1982. He was even part of political history, advising presidential administrations on musical events and how to properly tape a news conference and helping to record the storied 1962 party for John F. Kennedy at Madison Square Garden that featured Marilyn Monroe’s gushing rendition of “Happy Birthday.”

He had uncanny instincts and made an art out of the “Duets” concept, pairing Sinatra with U2 frontman Bono, Luther Vandross and other younger artists, Bennett with McCartney and Barbra Streisand, and Charles with Bonnie Raitt and Van Morrison. In Ramone’s memoir, “Making Records,” he recalled persuading a hesitant Sinatra to re-record some of his most famous songs.

“I reminded Frank that while Laurence Olivier had performed Shakespeare in his 20s, the readings he did when he was in his 60s gave them new meaning,” Ramone wrote. “I spoke with conviction. ‘Don’t my children — and your grandchildren — deserve to hear the way you’re interpreting your classic songs now?'”

A request from Sinatra led to another Ramone innovation: Singers performing simultaneously from separate studios.

A native of South Africa, Ramone seemed born to make music. He had learned violin by age 3 and was trained at The Juilliard School in New York. He might well have enjoyed a traditional concert career, but he was drawn as a teenager to the popular music he secretly listened to on his portable radio, the music people actually listened to, he explained.

By his mid-20s, he and partner Jack Arnold had opened a recording studio, A&R Recording, where he served as engineer for such visiting artists as Count Basie and Sarah Vaughan. He also met Quincy Jones and Streisand, both of whom became longtime friends, when he was in his 20s. By the end of the 1960s, he had worked on “Midnight Cowboy” and other movie soundtracks and would credit composer John Barry with helping him become a producer.

His credits as a producer, engineer and arranger make it hard to believe they belong to just one person: Joel’s “The Stranger,” Simon’s “There Goes Rhymin’ Simon,” concert albums by Dylan and the Rolling Stones, such popular singles as Arlo Guthrie’s “Alice’s Restaurant,” Streisand’s “Evergreen,” Lesley Gore’s “It’s My Party,” Judy Collins’ “Send in the Clowns” and Stan Getz’s and Astrud Gilberto’s “The Girl from Ipanema.”

The bearded, self-effacing Ramone was among the most famous and welcome faces within the business, yet he could walk down virtually any street unnoticed. He was not a high-strung visionary in the tradition of Phil Spector, but rather a highly accomplished craftsman and diplomat who prided himself on his low-key style, on being an “objective filter” for the artist, on not being “a screamer.”

“The record producer is the music world’s equivalent of a film director,” he wrote in his memoir. “But, unlike a director (who is visible, and often a celebrity in his own right), the record producer toils in anonymity. We ply our craft deep into the night, behind locked doors.”

Ramone’s friendly style was especially welcomed by Joel. The singer-songwriter was already a popular artist in the mid-1970s, but he felt he lacked a sympathetic producer, one who appreciated Joel’s bandmates as much as Joel. Ramone joined on for what became one of Joel’s biggest successes, “The Stranger,” released in 1977. As Joel explained at the time, Ramone fit right in with the musicians and encouraged everyone to relax and play more like they did on stage, like “rock and roll animals.”

“We did songs in five takes instead of 15 or 20,” Joel said. “He was one of the guys. We’d throw around ideas, kick the songs around, try them different ways and get them right. Sometimes we’d throw pizza at each other.”

In a statement Saturday, Bennett said it was a joy to work with Ramone.

“Phil Ramone was a lovely person and a very gifted musician and producer,” Bennett said. “He had a wonderful sense of humor and a deep love of music.”

Ramone’s many industry honors were returned in kind. He was chairman emeritus of the board of trustees of the National Academy of Recording Arts and Sciences (NARAS) and produced Grammy tributes for James Taylor, Brian Wilson and other artists. He was an advocate for musical education and a trustee for the National Recording Preservation Board of the Library of Congress.

“I still make records on the basis that three or four players and a singer, and the song, come together right there,” he said recently for an interview on CBS.com. “It’s a really strong way to work. I’m ready to work, musicians are ready to play. There’s a feeling.”

Some of the awards and honors given to music producer, arranger and engineer Phil Ramone:

— 2004 Technical Grammy, for contributions of outstanding technical significance to the recording field

— 1983 Composer, Best Instrumental Composition Written for a Motion Picture or for Television for “Flashdance”

— 1975 Producer, Album of the Year for Paul Simon’s “Still Crazy After All These Years”