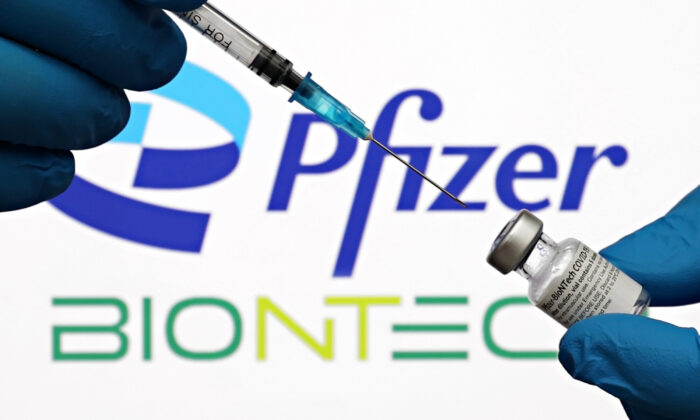 But earnings guidance for 2022 below analysts' forecasts
By Tom Ozimek

Pfizer’s COVID-19 vaccine brought in a bumper income of nearly $37 billion in sales for 2021, the product’s first full year on the market, though Pfizer’s revenue forecasts for 2022 came in below analysts’ expectations, sending its shares down by over 5 percent.

Overall, Pfizer’s full-year 2021 revenues came in at $81.3 billion, or 92 percent higher than in 2020. Not counting contributions from Comirnaty and the Pfizer’s COVID-19 antiviral pill Paxlovid, revenues grew by a far more modest 6 percent over the year, to $44.4 billion.

“We just concluded a year where we provided tremendous value to society, including to both patients and shareholders,” said Pfizer’s Chief Financial Officer, Frank D’Amelio, in a statement. “In 2021, we exceeded our goal of manufacturing 3 billion doses of Comirnaty,” D’Amelio added, calling it “a monumental and unprecedented achievement.”

Global Justice Now, a UK-based advocacy group, put a critical spin on Pfizer’s vaccine sales number, noting that the $37 is around seven times the funding shortfall in the Covax program, the global dose-sharing initiative.

“Big pharma has made more than enough money from this crisis. It’s time to suspend patents and break vaccine monopolies,” the group wrote in a tweet.

The Covax program, which is backed by the World Health Organization and the Gavi vaccine alliance, has said it needs around $5.2 billion in funding to support this year’s global rollout of COVID-19 vaccines.

Seth Berkley, chief executive of Gavi, told the Financial Times in January that Covax has basically run out of money to buy ancillary items like syringes and so could not accept any more vaccine dose donations.

Meanwhile, the $12.5 billion in Comirnaty sales in the fourth quarter helped Pfizer double its quarterly revenues to $23.8 billion compared to the final quarter of 2020.

Paxlovid, which was approved in December, brought in $76 million in the final quarter.

Without contributions from sales of the vaccine and the antiviral pill, Pfizer’s revenues would have declined 2 percent in the fourth quarter.

Pfizer reported fourth-quarter adjusted earnings of $1.08 per diluted share. That’s more than double the $0.43 the drugmaker reported a year earlier and well ahead of consensus forecasts of $0.87.

The company forecast overall sales of $98 billion to $102 billion for 2022, below analysts’ estimates of $105.48 billion. Without sales of Comirnaty and Paxlovid, Pfizer expects this year’s revenues of between $45 billion and $47 billion, D’Amelio said in prepared remarks (pdf).

Pfizer expects its COVID-19 vaccine will generate $32 billion in sales for the year, a shortfall compared to Wall Street predictions for $33.79 billion.

D’Amelio noted it’s unlikely for there to be an upside surprise for 2022 vaccine revenues.

“While we can’t predict what may be needed due to Omicron or other variants, I would also caution you that there is less potential upside to this guidance through the year, compared to the situation we faced in 2021 when the vaccine was newly available and few people had received any doses of the vaccine,” he said in prepared remarks (pdf).

“Unlike the situation for Comirnaty, demand for Paxlovid should have upside from these levels, depending
on the outcomes of discussions with certain governments and potential purchases for stockpiling against
future coronavirus pandemics,” D’Amelio said.

Pfizer expects to manufacture a total of 4 billion COVID-19 vaccine doses in 2022, according to D’Amelio.