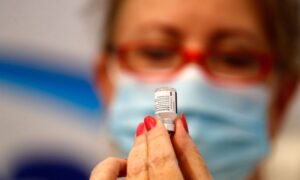 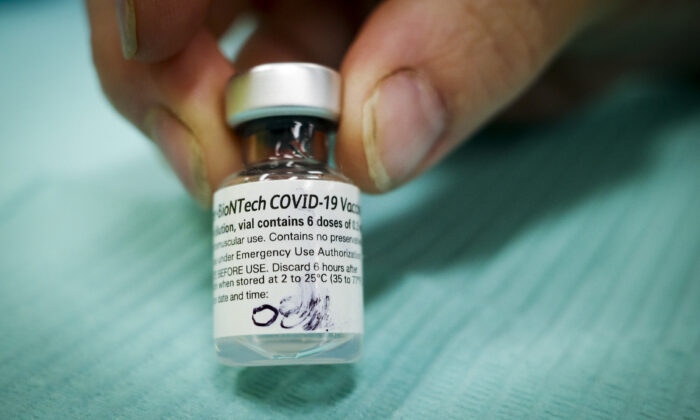 Pfizer Partner to Seek Approval Soon for Vaccine for 5- to 11-Year-Olds: Executives

BioNTech, which developed one of the world’s most commonly used COVID-19 vaccines along with Pfizer, is attempting to gain approval soon for vaccinating children between the ages of 5 and 11 across the world, top executives with the firm announced Friday.

“Already over the next few weeks we will file the results of our trial in 5- to 11-year-olds with regulators across the world and will request approval of the vaccine in this age group, also here in Europe,” Chief Medical Officer Oezlem Tuereci told German publication Der Spiegel.

She added that her firm is now working to produce the vaccine, which is merely the same drug that is administered in adults but at a smaller dose.

“Things are looking good, everything is going according to plan,” said BioNTech’s chief executive, Ugur Sahin.

In July, Israel, which heavily relies on the Pfizer-BioNTech vaccine, started administering doses in children aged 5 to 11 who have serious health complications, including heart, brain, or lung issues.

The Chinese Communist Party in June started lowering the age limit of its immunization campaign, with regime health officials saying the Sinovac vaccine can be given to children as young as 3.

Moderna, which also produces an mRNA vaccine, said on Thursday that it is trial testing its shot in children between 6 and 11 years. The firm is also working on a vaccine for infants as low as 6 months of age.

If the vaccine for younger children is approved in the United States, some large school districts may impose mandates on elementary school children. The Los Angeles Unified School District board on Thursday voted to require COVID-19 vaccines for children aged 12 and older to attend classes.

Some parents in Los Angeles suggested they would resist the mandate.

“We must be the ones who decide for our children, not the district, not anyone else,” parent Carla Franca said to the school board on Thursday, CNN reported.”If you want to take your own children to the killing fields, you do it, but you are not the one who should be deciding,” she added. “When you have your own kids, you can make your own crazy decisions.”

Meanwhile, a recent Mayo Clinic study found that the Pfizer-BioNTech vaccine’s efficacy declines over time, setting up the possibility for booster shot mandates. Israel became likely the first country in the world last month to declare that an individual isn’t “fully vaccinated” with two shots of the Pfizer vaccine, saying that one can only be considered fully vaccinated if they receive a booster dose six months after the second dose.

The country’s coronavirus czar recently called for the country to prepare for getting a fourth dose of the vaccine.