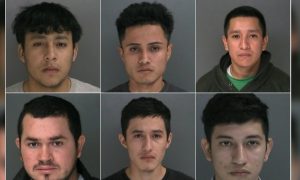 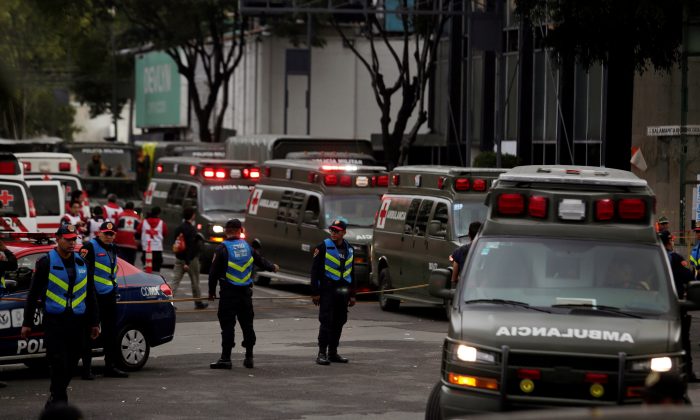 Witnesses told news outlets that the attackers—a group of armed men—started shooting at the bar before throwing multiple objects—believed to be Molotov cocktails—that started a fire, The Mirror reported.

The fire ripped through the bar, killing eight women and 15 men, according to a statement posted on Facebook by the attorney general’s office of the state of Veracruz.

There was no immediate information on the condition of the 13 injured, who were being treated at hospitals for serious injuries, the office added.

Photos of the scene showed tables and chairs jumbled around, apparently as people tried to flee.

At least 25 dead & 13 injured after attack at #CaballoBlanco strip bar in southern Gulf of Mexico major port of #Coatzacoalcos.

Possible arson is investigated as Molotov cocktails were used.

Local leader of CJNG cartel had been arrested in town less than 48hrs ago. pic.twitter.com/dZ0xyHvJIh

The state prosecutor’s office in the Gulf coast state of Veracruz said the search was continuing for the attackers.

“The State Attorney General’s Office will vent all the necessary investigative acts to establish, in the first place, if the events occurred are the results of a malicious attack, to ensure that the events do not go unpunished, deploying all the human, technical and material resources that are necessary,” the office said in the statement.

Veracruz Governor Cuitláhuac García suggested that a gang dispute was involved in the attack.

“In Veracruz, criminal gangs are no longer tolerated,” García wrote of the attack, adding police, the armed forces, and newly formed National Guard are searching for the attackers.

State police identified the establishment as the “Bar Caballo Blanco.”

The tatty bar is located in a storefront on a busy commercial street in Coatzacoalcos, a city whose main industry has long been oil and oil refining.

Molotov cocktails—also known as a gasoline bomb or petrol bomb—have been used by criminal gangs, street criminals, terrorists, and other violent organizations due to their relative ease of production.

The attack came almost eight years to the day after a fire at a casino in the northern city of Monterrey killed 52 people. The Zetas drug cartel staged that 2011 attack to enforce demands for protection payments.

The Zetas, now splintered, have also been active in Coatzacoalcos.

The attack, along with the killing of 19 people in the western city of Uruapan earlier this month, is likely to renew fears that the public, theatrical violence of the 2006-2012 drug war has returned.