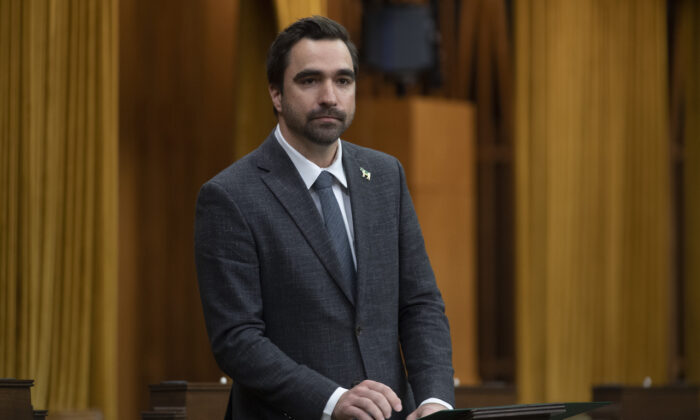 A petition calling for the reinstatement of public servants who lost their jobs due to their personal choice regarding COVID-19 vaccination was initiated on the House of Commons website on March 3, sponsored by Conservative MP Jeremy Patzer.

The petition states that the vaccine mandate imposed on the public service and federally regulated workplaces has “resulted in public servants being coerced to choose between providing private medical information to their employer and accept two doses of an emergency use authorized COVID-19 injection, or losing their pay, benefits, earned leave credits, etc.”

The petition further states that employees should have been offered alternatives such as remote work or rapid testing instead. It calls upon the federal government to reinstate public servants, some of whom “are experts in their respective fields,” who were removed from their positions without justification, and to ensure that federal employment is “not contingent on being vaccinated.”

The petition has so far collected over 4,000 signatures and will be open for signing until April 2.

The petition was initiated by a constituent from Patzer’s riding of Cypress Hills-Grasslands in Swift Current, Saskatchewan.

Patzer is not compelled to read the petition in the House but as he has been vocal in calling for the lifting of federal mandates, it is likely he will do so.

During question period on March 1, the MP asked Health Minister Jean-Yves Duclos when he will follow the “lead of the science-backed provincial health authority and lift all federal mandates?”

Patzer led up to the question by saying his province lifted all COVID-19 restrictions on Feb. 28. “Businesses can fully open and smiles can be shared between the people of Saskatchewan once again,” he said.

Duclos answered that he is “grateful to the millions of people in Saskatchewan who made the right choice and got vaccinated,” without addressing Patzer’s question.

The government says 99 percent of public servants are vaccinated.

Also during question period on March 1, Conservative MP Stephanie Kusie asked Treasury Board President Mona Fortier: “How many unvaccinated federal employees did [you] have to fire to get to 99 percent?”

“Those who need accommodation are being treated, and we will continue to make sure that these public servants are respected,” Fortier replied.

Some public servants who have refused or are unable to get vaccinated against the SARS-CoV-2 virus formed the advocacy group Feds For Freedom to legally organize against their employer.

On Jan. 26, the group issued a “cease-and-desist letter” to core federal departments regarding the vaccine mandate.

Feds For Freedom also appears to be behind the petition sponsored by Patzer.

“After some amazing work from Lindsay at Feds For Freedom we have been successful with getting our Petition into the house of commons,” an unidentified individual posted on the group’s Telegram channel.