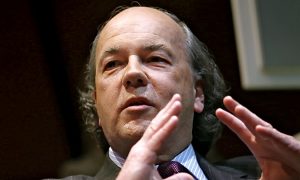 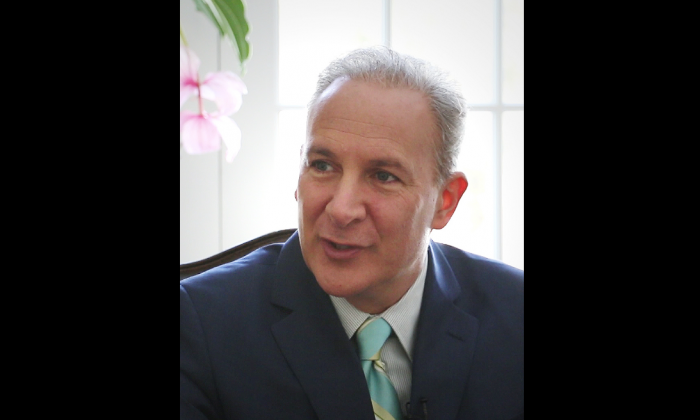 Peter Schiff: What Needs to Happen to Bring Production Back to the US

Epoch Times: Mr. Schiff, last time you spoke about the problems of the U.S. economy. What needs to happen to fix those issues and bring production back to the United States?

Mr. Schiff: The government has made it very lucrative to be on the dole. So the government has to take these options away. But we also have to get rid of all these rules and regulations that make American labor so uncompetitive. It’s not so much the wages; it’s the other costs that you incur in America when you hire somebody. Of course we are not unique with this problem. A lot of European nations, they are having problems too, because they make it so expensive to hire and fire people.

Epoch Times: So if Europe is doing it, why is America uncompetitive?

Mr. Schiff: You have a lot of other countries in the world that don’t punish employers the way America does or the way parts of Europe do. Just with all the punitive taxes that we burden our employers with. Regulations, litigations.

Epoch Times: Why would the government do that?

Mr. Schiff: Politicians want to get votes. The way to get votes is to appeal to the masses. And most people are not employers. Most people are employees. A lot of employees resent their employers. They don’t appreciate how hard their employers work, or how hard they worked in the past to get where they are. They just think: ‘I’m doing all the work; he is just collecting all the money.’ So it’s easy to pander to employees by promising them something for nothing. Instead of saying, ‘Look, if you want a raise, work harder and be more productive,’ they say, ‘Vote for me and I’ll make sure you  get a raise. I’ll make sure your greedy boss pays you more, gives you more sick days, longer vacations, etc. ‘ So you get a lot of punitive types of legislation.

Mr. Schiff: That’s one. The minimum wage mostly hurts unskilled laborers who can’t get jobs. I’m talking about laws that more directly affect the employer. ‘Obamacare’ is one. A lot of the laws that make it easy to sue your employer, if you claim discrimination. Based on all sorts of different protected categories. And all of this just makes it more expensive and risky to hire people. And employers and potential employers, the way they insulate themselves from these risks is to hire as few people as possible. This is especially true when it comes to hiring members of those protected classes, which is why these laws backfire, as regulations typically do, and hurt most the very groups they intended to help.

Mr. Schiff: We have created a situation where we have tried to protect employees so much, we have protected them from jobs because we have made it too risky to hire. So a lot of businesses, small businesses in particular would rather use machines or would rather outsource, to avoid the headaches that come with hiring people because of all the extra costs and risks imposed by the government.

Nowadays it’s almost like if you hire somebody, everybody is against you. You are the bad guy; you are guilty until you prove your innocence. You are public enemy number one.

Epoch Times: Does this help the consumers and employees?

Mr. Schiff: No, again it backfires and hurts the very people who expect to benefit, because they don’t understand the consequences. They think they are getting something for nothing, that’s why they are voting.

Epoch Times: So what about the manufacturing renaissance?

Mr. Schiff: It’s not happening. Anybody that talks about a manufacturing renaissance in the United States doesn’t have a clue about what is actually going on. I am hopeful that this will happen in the future. But I don’t think it will happen until our phony, stimulus-dependent economy collapses, until we hit rock bottom. So I think we are going to have a currency crisis that ultimately forces a restructuring of our economy.

Epoch Times: And then?

Mr. Schiff: We have the capacity to be a great country again. I don’t believe we are a great country right now. People believe that we are, but I think that’s false. It’s a facade. I think beneath the surface, as I said, it’s a disaster. If we are ever going to reclaim what we lost, we are going to have to reclaim the freedom that we lost. We became a wealthy nation because of the freedom that we once enjoyed. To reclaim that wealth, we need to restore the freedom we surrendered in exchange for false promises of security and equality.

Epoch Times: So what do you suggest?

Mr. Schiff: So we have to get the government out of the economy, getting rid of as many government agencies and departments as possible, start repealing most of the laws and regulations that have been put on the books for the last 50 years, maybe more. If we do that, we can unleash the entrepreneurialism, the free market capitalism that produced what was once the wealthiest nation in the history of the world.

The wealth that America enjoyed was unprecedented in the world. The American standard of living was unequalled anywhere on the planet. That’s not the case today. There are people who live better than Americans, but in the 1940s, 1950s, that was not the case.

We were able to invest and save and produce whereas other governments stifled that type of innovation. If anybody had a bright idea, they came to America to implement it. Because we didn’t have all the government roadblocks that other countries had. It was the freedom that led to our prosperity. I can only image how high our standard of living would be today had we maintain our 19th century freedom throughout the 20th century.

Peter Schiff is the CEO of investment firm Euro Pacific Capital. He correctly predicted the subprime crash and the ensuing financial crisis of 2008.