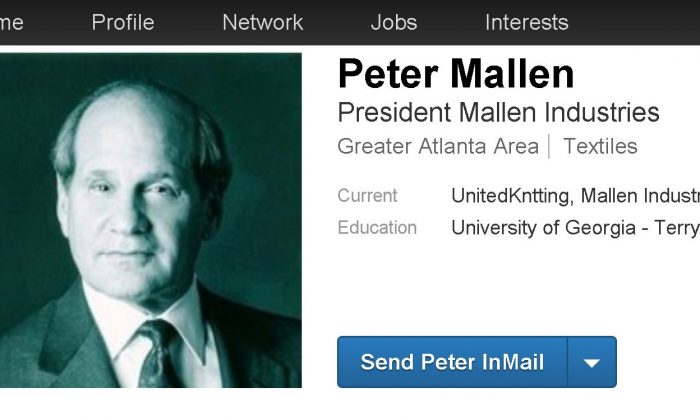 Peter Mallen, CEO of Mallen Industries, Identified as One of Two Killed in Plane Crash

Peter Mallen, CEO of Mallen Industries, is dead after a plane crash in northwest plane crash.

Mallen, 67, was one of two people killed in the crash, which happened on Tuesday night.

The company “is an Atlanta based manufacturer producing high performance textile products,” according to its website.

The plane burst into flames after the crash and garnered significant attention because of its impact on the neighborhood it landed in.

“Before it even hit, the house shook,” Drew Hawkins told Journal-Constitution. “Then I heard the explosion and it shook the house even more.”

The plane departed from Fulton County Airport and was set to fly to New Orleans.