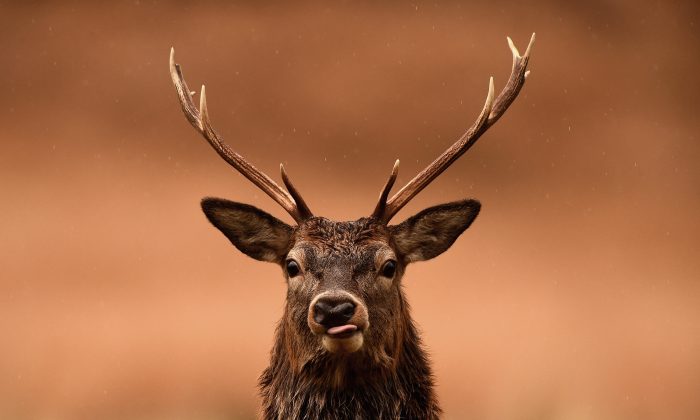 A pet deer killed an Australian man and left his wife with life-threatening injuries when she stepped in to try to save him.

The incredibly rare attack in Victoria ended when their son entered the enclosure and hit the animal with a piece of wood before dragging his mother to safety.

The family had kept the stag—described as a cross between a red deer and an elk (wapiti)—on their property near the rural the town of Wangaratta for six years, according to ABC.

Paul McDonald, 47, had gone out to feed the stag and entered its enclosure around 8:20 a.m. on April 17, when it turned on him.

A man has died and a woman has been seriously injured after they were attacked by their pet deer in country Victoria. https://t.co/P02e5P9Huq

McDonald’s wife, Mandi, rushed into the enclosure and was herself attacked. According to ABC, her son then entered, and hit the deer over the head with a lump of wood and dragged her to safety.

Paramedics treated the couple, but could not save the man who died from his injuries.

His wife was airlifted to the hospital, with upper body and leg injuries.

Local reports do not specify the injuries to the man, but according to the BBC, he was gored.

The deer was shot by police due to concerns for the safety of the paramedics, reported ABC.

Red deer can be successfully bred with the larger wapiti species of deer—but they do not produce fertile offspring. Wapiti are known as elk in North America. (Confusingly, in Europe, moose are known as elks).

Deer are regarded as a pest in Australia, where they have taken over much of the natural areas in Victoria state, with a population of around 1 million, rising by around 200,000 a year, according to government estimates.

The southern hemisphere is currently in the middle of the autumn mating season.

“It is unusual, but not unheard of, for captive deer to attack humans, particularly during the Autumn mating season,” said the Australian Deer Association in a statement.

“Deer are instinctively a flight animal and their behavior in captivity, where there is no clear path of escape and where they have a diminished fear of humans, is considerably different to that in the wild.”

Attacks by deer are rare, and fatalities even rarer.

A study into deaths caused by animals undertaken by the University of Melbourne showed no fatal deer attacks between 2000 to 2013, according to SBS.

Gored in a London Park

Last year, a young girl was gored in the thigh by a stag at a park in London after her family strayed too close to take photographs.

She was airlifted to a local hospital.

The attack occurred again in the autumn mating season.

“This distressing incident is an unfortunate but powerful warning to everyone why it is dangerous to approach stags during the autumn rutting season, and at any time in fact,” said Bill Swan, assistant park manager, Bushy Park at the time.

“Stags are wild animals and they are especially unpredictable at this time of year and can act defensively if they are aggravated or feel cornered; they are immensely strong and can move very fast to defend themselves even from laying down when resting.”