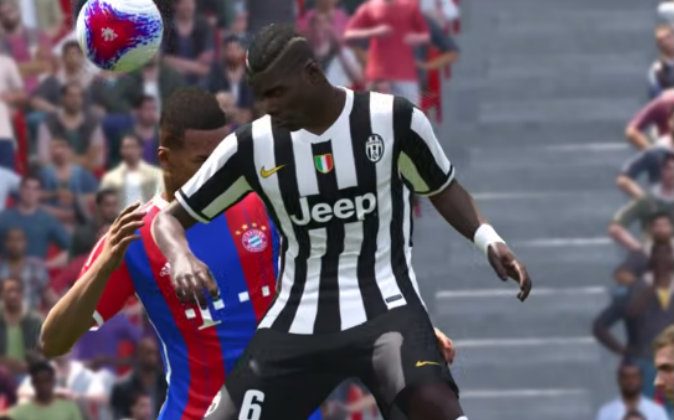 FIFA 15 launched its demo last week, and PES 2015 European brand manager Adam Bhatti is quick to throw a jib at it and promote his own game.

Bhatti tweeted that people should “download the #PES2015 demo when it hits” because “all football games right now don’t come close.”

If the timing of the tweet wasn’t a big enough hint that Bhatti was referring to EA Sports’ FIFA 15, he added: “After some time with a certain football game *ahem*, clear to me now why we won best sports game.”

PES 2015 was voted the best sports game at Gamescom 2014 a couple of weeks back.

“When PES is on song, no one can compete,” Bhatti boasts.

The PES brand manager wasn’t always that confident that PES 2015 would trump FIFA.

Bhatti told XboxAchievements at Gamescom that he was “worried” before he saw FIFA 15.

“I know they focus a lot on modes and all that stuff, so maybe that’s their focus this year,” he said.

“But we’ve managed to catch up quite quickly, a lot faster than I thought.

“And I think that a lot of that is down to the FOX engine.”

EA Sports have been promoting their game’s increased realism as they have used new head scanning technology in the game, so Konami will have to do a good job to pip that.

PES 2015 is coming out on November 23, and is not “finished” yet, but Bhatti insists that they are in a “really good place” at the moment as they’ve got time to “polish it.”