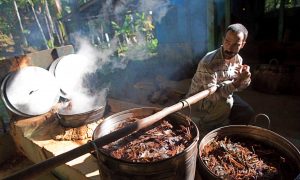 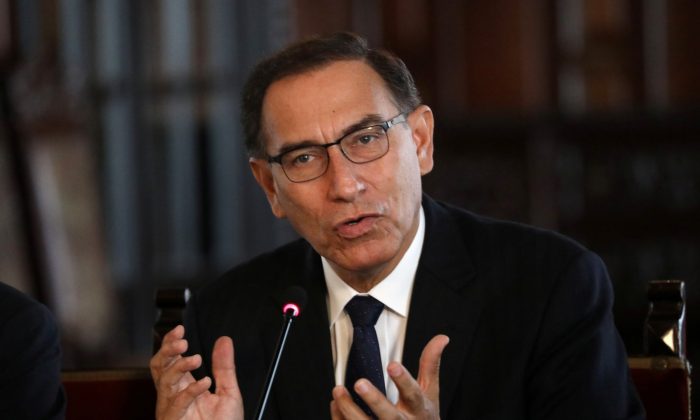 LIMA—Peruvian President Martin Vizcarra said he would ask Congress to declare the public prosecutor’s office in a state of emergency after the agency’s top official removed two investigators at the heart of the probe into a massive graft scandal triggered by Brazilian builder Odebrecht.

Vizcarra, who had been attending the inauguration of President Jair Bolsonaro in Brazil, cut short his trip to deal with the surprise twist in the Odebrecht case, saying he would return home to fight against “corruption and impunity.”

Vizcarra said he would personally present a bill to Peru’s Congress at 1 p.m. local time on Jan. 2 seeking the state of emergency, and asked for legislative support to usher it through quickly and without conflict.

“We will use all the tools our Constitution contemplates to overturn this decision, and we ask that all branches of government do the same,” Vizcarra told reporters after meeting with his cabinet and advisers in Lima.

A state of emergency would allow Vizcarra to quickly and efficiently make changes to personnel he deems necessary to advance the investigation.

Chavarry’s move prompted a public outcry in Peru, where there is strong support for Vizcarra’s anti-corruption crusade.

The two deposed investigators earlier this month announced they would seek fines of about $180 million from local companies, politicians, and businessmen for taking part in kickback schemes involving Odebrecht construction projects in Peru.

In 2016, Odebrecht admitted in a plea deal with U.S., Brazilian, and Swiss authorities that it had bribed officials in a dozen countries, including Peru.

The team Perez and Vela helped lead has targeted people at the highest levels of power in the Andean nation. Four former Peruvian presidents, the current opposition leader, and several local construction companies are all under investigation in connection with Odebrecht. All have denied wrongdoing.

Perez and Vela had also targeted former Peruvian presidents Pedro Pablo Kuczynski, Ollanta Humala, and Alejandro Toledo, all of whom are under investigation in connection with the Odebrecht scandal.

Vizcarra said on Dec. 31 that Odebrecht should not be able to continue working in Peru because the Brazilian construction company had “contaminated private activity” and admitted bribing public officials.

“There are many respectable companies here but now there is distrust of all companies because of Odebrecht,” Vizcarra said.

The Peruvian president took office at the end of March after the resignation of Kuczynski, the former president. Kuczynski denies any links to Odebrecht.