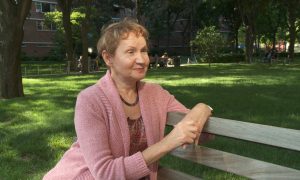 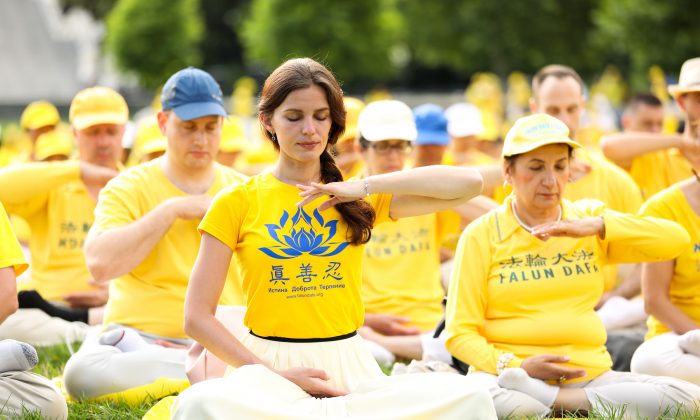 Persecution of Meditation Practice in China Continues Unabated, With Over 900 Practitioners Sentenced for Their Faith In 2018

In 2018, the Chinese regime has sentenced 933 Chinese because they practice Falun Gong, a spiritual practice banned and severely persecuted by the authorities since 1999.

Falun Gong, also known as Falun Dafa, was once promoted and praised by the Chinese Communist Party after millions of Chinese improved their physical and mental health after practicing. But, fearing that its popularity would undermine the Party authority, in July 1999, then-Party leader Jiang Zemin launched a nationwide persecution, mobilizing the country’s entire security apparatus to locate, arrest, and detain Falun Gong adherents.

Hundreds of thousands have since been detained for their faith in jails, prisons, labor camps, and brainwashing centers, where they are often tortured physically and psychologically in an attempt to force adherents into giving up their faith.

Although China’s constitution guarantees the freedom of belief, Falun Gong practitioners and other minority faiths continue to be harassed and punished arbitrarily by local authorities. The most common charge placed on adherents is the vaguely worded “infringing upon law enforcement.”

The persecution continues unabated today. Professors, teachers, scholars, businesspeople, senior engineers, doctors, judges were among the Falun Gong practitioners from 27 provinces who were sentenced by Chinese courts in 2018, with the longest sentence being 14 years, according to the latest information collected by Minghui.org, a U.S.-based website that tracks the persecution of Falun Gong in China.

The practitioners were fined a total of 2.463 million yuan ($370,000) for arbitrary reasons related to their faith.

Guo Zhenxiang, 82, from Zhaoyuan City of Shandong Province, was persecuted to death on Jan. 11, 2019, several hours after she was detained at a police station.

Minghui.org reported on Jan. 17 that Guo’s family said she was very healthy in the past 20 years, and felt very well when she left home in the early morning. But at 10am on Jan. 11, the police called the family and said Guo had died of disease.

The family said police refused to let them see Guo’s body at first, then finally told them the police station had already sent the body to a funeral home.

Minghui.org reported on Feb. 3 that Guo’s family hired two lawyers, who finally were allowed to see Guo’s body. They found that Guo’s head has blood stasis, and challenged the police’s account of her death.

When the lawyers requested video of Guo’s interrogation process, the police refused, and said Guo fell down by herself and died. They also denied that they initially said Guo had died of a disease.

At least 4,236 FLG practitioners are confirmed to have been persecuted to death in China since July 1999, according to Minghui.org, though human rights experts believe the true number is likely much higher due to the difficulty of getting sensitive information out of China.

Yang Xiyuan, 83, is a resident of Wujin District in Changzhou City of eastern China’s Jiangsu Province. He is the oldest among the adherents who were detained in 2018, according to Minghui.org.

Yang is a farmer. He became healthier and more uplifted after practicing Falun Gong in the 1990s. After the Chinese regime initiated its persecution, Yang continued to practice.

But in 2005, Yang was arrested and sentenced to seven years in prison, according to Minghui.org. Upon his release in 2012, Yang returned home and continued to practice.

On July 9, 2017, Yang was stopped and searched by national security agents. After they found Falun Gong material in Yang’s bag, he was detained once again. The agents and local police also raided Yang’s house and confiscated valuable personal belongings, according to a Minghui.org report in May 2018.

On Jan. 4, 2018, the Wujin district court sentenced Yang to prison for two years without notifying Yang’s family. Yang is now detained at a prison in Suzhou City.

Kong was arrested at the Beijing West Railway Station when she tried to take the train back to her hometown in northwest Gansu Province together with her husband on Aug. 31, 2017, According to Minghui.org. Police stopped her and scanned her ID card. The computing system showed that Kong is a Falun Gong practitioner. The police proceeded to confiscate books, a laptop, an external hard drive, and cash from her bag. Then, they raided her house, where they took away her cellphone, DVDs, and the hard drive of her computer.

Minghui.org interviewed Kong’s family and friends, who said Kong was tortured, abused, brainwashed, and beaten during her past detentions.