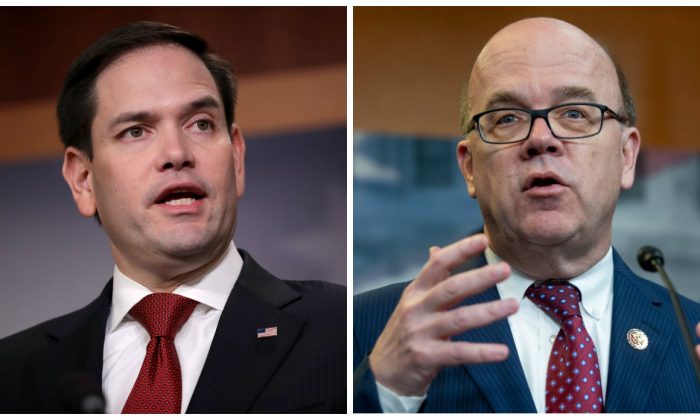 Persecution of Falun Gong in China an ‘Appalling and Unacceptable’ Abuse of Human Rights: US Lawmakers

The U.S. Congressional-Executive Commission (CECC) on China has slammed the Chinese communist regime for its ongoing persecution of practitioners of spiritual discipline Falun Gong.

The day marked the 20th anniversary of the launch of regime’s persecution of the practice.

Based upon ancient Buddhist and Daoist traditions, Falun Gong, also known as Falun Dafa,  comprises of meditative exercises and a set of moral teachings guided by the principles, truthfulness, compassion, and tolerance. The discipline became widely popular in China in the 1990s, with 70 million to 100 million people practicing by the end of the decade, according to official estimates at the time.

During the persecution campaign, doing Falun Gong exercises in public parks and disseminating materials about the practice became a dangerous act. Those who refused to renounce their faith have been subject to frequent harrassment, arbitrary detention, imprisonment, forced labor, torture, and financial pressure.

Minghui.org, a U.S.-based website dedicated to cataloging the persecution of Falun Gong, has verified names of more than 4,300 adherents who died in torture, although the actual figure is believed be much higher due to the difficulty of obtaining information from inside China.

“On this sad anniversary, the Chinese government should end the persecution of Falun Gong and allow an independent and transparent U.N. investigation into the human rights abuses suffered by Falun Gong over the past two decades,” the CECC stated.

Last week, Falun Gong practitioners based in the United States submitted a list of Chinese officials involved in the persecution to the U.S. State Department, and urged the federal government to deny visas to such individuals, according to a July 23 statement by Minghui.org.

“In the last 20 years, the number of perpetrators is probably in the magnitude of tens of thousands across the whole country,” Lai Shantao, president of the Falun Dafa Association of Washington, told The Epoch Times on July 23.

Rep. Jim McGovern (D-MA), who chairs the commission, called on the public to demand an end to the persecution.

“Each of us must stand loud and clear for the rights and dignity of all people. That means calling attention to human rights abuses and demanding change,” McGovern said in a tweet on July 22 attaching the statement.

The statement also asked the Chinese regime to “respect the freedom of all Falun Gong practitioners to hold their beliefs and their right to practice … as guaranteed under international human rights standards and China’s own constitution.”

“The right to freely live out your faith according to your conscience is fundamental to the human spirit,” Senator Marco Rubio (R-FL), who co-chairs the CECC, said in a tweet on July 22.

Rubio is one of 19 sponsors of S.Res.274, introduced to the Senate on July 11 in expressing solidarity with Falun Gong practitioners. He vowed to continue advocating for religious freedom and make sure that the topic “remains a central piece of U.S. foreign policy.”

“It is both a moral and security imperative,” Rubio said in the tweet.