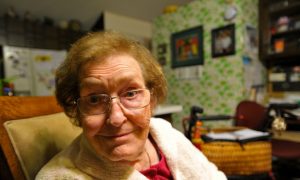 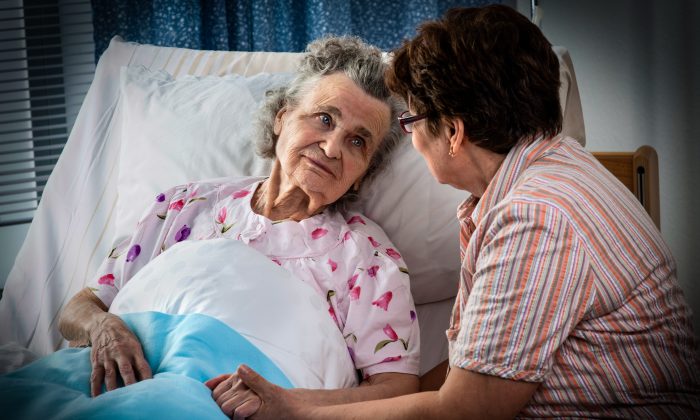 People with schizophrenia, Alzheimer’s disease, and other conditions that cause severely impaired mental functioning, have sometimes inexplicably recovered their memories and clarity of mind shortly before death. Their minds have seemed to return in an amazingly complete and coherent form, even as their brains have deteriorated further than ever.

Patients who aren’t even able to remember their own names for years may suddenly recognize their family members and have normal conversations with them about the past, present, and future. No one knows how this happens.

Patients who aren’t even able to remember their own names for years may suddenly recognize their family members and have normal conversations.

For example, Scott Haig, M.D., wrote in an article for Time Magazine about a young patient of his named David whose tumor-riddled brain didn’t stop him from becoming lucid moments before his death. David had stopped speaking and moving in the weeks before his death. When his head was scanned, “There was barely any brain left,” Dr. Haig explained. But on the night David died, he spent about five minutes fully conscious, saying goodbye to his family.

“It wasn’t David’s brain that woke him up to say goodbye,” Haig said. “His brain had already been destroyed. Tumor metastases don’t simply occupy space and press on things, leaving a whole brain. The metastases actually replace tissue. … The brain is just not there.

“What woke my patient … was simply his mind, forcing its way through a broken brain, a father’s final act to comfort his family.”

For Haig, it is clear that the mind exists apart from the brain. Others look at possible physiological reasons for this phenomenon known as terminal lucidity.

The varying physiological states of people who experience terminal lucidity suggest that a single mechanism isn’t responsible, according to researchers at the University of Virginia and the University of Iceland, who published the paper “Terminal Lucidity: A Review and a Case Collection,” in the Archives of Gerontology and Geriatrics in 2012.

“At present, we think that it is not possible to formulate definitive mechanisms for terminal lucidity,” wrote the researchers Dr. Michael Nahm, Dr. Bruce Greyson, Dr. Emily Williams Kelly—all of the University of Virginia—and Dr. Elendur Haraldsson of the University of Iceland. “Indeed, terminal lucidity in differing mental disorders might result from different processes, depending on the etiology of the diseases. For example, “cachexia” [weakness and wasting of the body] in chronically ill patients might conceivably cause shrinking of brain tissue, relieving the pressure exerted by space-occupying intracranial lesions and permitting fleeting return of some brain function.”

Some patients for whom life support has been withdrawn may manifest an unexplained transient surge of electrical activity in the brain.
— Dr. Michael Nahm, et al.

They also noted that, “Some patients for whom life support has been withdrawn may manifest an unexplained transient surge of electroencephalographic activity [electrical activity in the brain] as blood pressure is lost immediately prior to death. Although these patients have not been reported to show any clinical evidence of cognition, these findings suggest that the neuroscience of terminal states may be more complex than traditionally thought.”

Even if some parts of the brain are reactivated through a release of pressure or an electrical surge, it’s hard to imagine how a brain so badly damaged (or barely existent, as in David’s case) could allow a person to coherently recall memories and communicate. In some cases, it’s as though the whole mind has returned unbroken. Epoch Times asked some researchers at the University of Virginia’s Division of Perceptual Studies, including study co-author Dr. Greyson, how a damaged brain could produce the impression of such a complete mind in cases of terminal lucidity. It is a good question, they said, but one they couldn’t answer.

Terminal lucidity was well-known in 19th century medicine, noted Nahm and his co-authors. But it is almost absent in medical literature of the 20th century. They reviewed 83 cases mentioned in the literature of the last 250 years. The study was conducted in the hopes of further understanding the mind–brain relationship. The researchers also said that understanding terminal lucidity could be useful in helping develop treatments.

Understanding terminal lucidity could be useful in helping develop treatments.

Dr. Alexander Batthyany, a professor in the cognitive science department at the University of Vienna, has been studying terminal lucidity in recent years. The findings of a recent study of his were presented at the International Association for Near-Death Studies (IANDS) 2014 Conference.

About 10 percent of these patients had a sudden and brief return to lucidity.

He surveyed 800 caregivers, of which only 32 responded. These 32 caregivers had cumulatively cared for 227 Alzheimer’s or dementia patients. About 10 percent of these patients had a sudden and brief return to lucidity. Batthyany warned, however, that these caregivers were self-selected. The low response rate may mean that the phenomenon is rare, and that he received replies primarily from those who had witnessed terminal lucidity in their dying patients. Nonetheless, witnessing terminal lucidity had a great impact on some of the caregivers.

One caregiver surveyed said, “Before this happened, I had become fairly cynical about the human vegetables I cared for. Now, I understand that I am caring for nurslings of immortality. Had you seen what I saw, you would understand that dementia can affect the soul, but it will not destroy it.”

Following are a few cases collected by Batthyany and by the University of Virginia researchers.

“An elderly woman with dementia, almost mute, no longer recognized people. … Unexpectedly one day, she called her daughter and thanked her for everything … [she] had a phone conversation with the grandchildren, exchanged kindness and warmth, and said farewell, and shortly afterward, she died,” according to Batthyany’s presentation at the IANDS conference.

Nahm and his colleagues wrote of a case from 1840 published in a medical text: “A woman of 30 years diagnosed with ‘wandering melancholy’ (melancholia errabunda) was admitted to an asylum, and shortly thereafter, she became manic. For four years, she lived exclusively in a confused and incoherent state of mind. When she fell sick with a fever, she vehemently refused to take any medicine. … Her health rapidly deteriorated. But the weaker her body became, the more her mental condition improved. Two days before her death, she became fully lucid. She talked with an intellect and clarity that seemed to exceed her former education. She inquired about the lives of her relatives, and in tears regretted her previous intractability toward taking medicine. She died soon thereafter.”

But the weaker her body became, the more her mental condition improved.

Another case recounted by Nahm was recorded by A. Marshall in his 1815 book “The Morbid Anatomy of the Brain in Mania and Hydrophobia”: “Marshall (1815) reported a case of a mad and furiously violent patient who suffered from memory loss to the degree that he did not even remember his own first name. When he fell seriously ill after more than 10 years in the asylum, he grew calmer. On the day before he died, he became rational and asked to see a clergyman. He seemed to listen attentively to the minister and expressed his hope that God would have mercy on his soul. Although Marshall (1815) did not describe the mental state of the patient in more detail, his report suggests that the man had access to memories of his life again.”