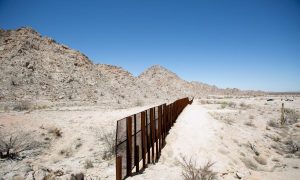 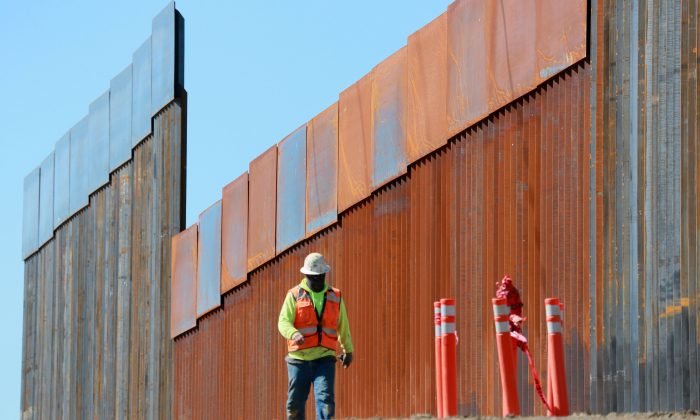 WASHINGTON—Acting Defense Secretary Patrick Shanahan has approved the transfer of $1.5 billion to build more than 80 miles of barriers on the border with Mexico, U.S. officials said on May 10, including taking about $600 million from an account meant for Afghan security forces.

“The funds were drawn from a variety of sources, including cost savings, programmatic changes, and revised requirements, and therefore will have minimal impact on force readiness,” Shanahan said in a statement.

Shanahan said that the U.S. military had more than 4,000 service members on the border, along with 19 aircraft.

A U.S. official said the latest transfer would include $604 million from funds for the Afghan security forces.

The United States had appropriated $4.9 billion in support for those forces this year. The official said the money was taken from that account because they found savings in contracts.

“It took less money to meet the policy commitment than we thought,” another U.S. official said, adding this was not the first time money had been reprogrammed from the account.

The United States is in talks with the Taliban to end the 17-year-long war. U.S. and Taliban negotiators wrapped up their sixth round of peace talks on Thursday with “some progress” on a draft agreement for when foreign troops might withdraw.

The remainder of the money will come from a chemical demilitarization program, a retirement account, funds for Pakistan and Air Force programs.

Immigration is a signature issue of Trump’s presidency and re-election campaign. He declared a national emergency in order to redirect funding to build a border wall without Congress’ approval, and his fellow Republicans in Congress sustained his veto of legislation that would have stopped it.

A large influx in migrants arriving at the southwest border has given new relevancy to the wall, as well as other measures the administration has taken to help the overwhelmed Department of Homeland Security and other supporting agencies.

The United States is seeing a record number migrants arrive at the southern border, many of them in large groups, as families, and as unaccompanied children.

Because of the large influx of people, CBP has taken on the role of a rescue agency, leaving less time and fewer resources to catch drug mules and traffickers crossing the border.

It has also stretched the budgets of the Department of Homeland Security and Health and Human Services, which cares for unaccompanied children.

Acting DHS secretary Kevin McAleenan said April 30 that DHS is on pace to run out of funding before the end of the year, and said he is planning to submit a supplemental appropriations request to Congress.

On average, about 16 percent of the migrants coming over the border assert they have a credible fear of persecution in their home country, which starts a lengthy legal process that can take years to complete. Claiming credible fear usually means a ticket to stay in the United States indefinitely. However, very few of them actually qualify for asylum.

Democrats, working with Republicans in Congress, can fix the Asylum and other loopholes quickly. We have a major National Emergency at our Border. GET IT DONE NOW!

Last year, the Department of Justice (DOJ) estimated that of the roughly 94,000 people who claimed credible fear only 6,000 had enough evidence to prove they qualified for asylum. That’s about 6 percent.

The White House puts that number at 12 percent.

As of November 2018, credible fear cases represented 26 percent of the backlog of removal cases, according to the DOJ.

On April 29 the White House announced a plan to clamp down on asylum fraud, calling it the “biggest loophole drawing illegal aliens to our borders.” Trump is asking the executive branch to come up with proposals on how to accomplish the following goals:

Separately, McAleenan said he is working on a proposal to Congress that would address what he calls the “key drivers of the immigration crisis.”

He gave little indication what would be in the proposal, but hinted it will address laws that prevent the United States from returning children to non-contiguous countries.