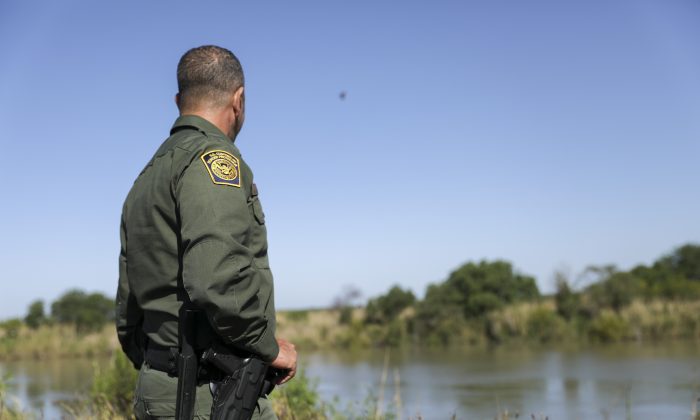 The Pentagon said on April 26 that they are expecting to send about 300 additional troops to the U.S.-Mexico border.

Included among the group are roughly about 100 cooks who would be handing out meals to migrants. Previously, the Pentagon said there were no plans for U.S. forces to intersect with migrants as they support border agents dealing with illegal immigration. The new move appears to break with past policy for troops to avoid contact.

It comes as the administration seeks to enforce immigration laws to the fullest extent and is also a sign of a growing military support role. President Donald Trump has made tackling illegal immigration a signature issue of his presidency and of his 2020 re-election campaign.

In addition to the cooks, the Pentagon is expected to send 160 drivers and 20 lawyers, Pentagon spokesman Charlie Summers said.

“We will have some of our troops handing out meals, therefore would come in contact with migrants,” Summers said. He said it was an “amendment to the current policy.”

There are currently about 5,000 active-duty and National Guard troops near the border, though that number fluctuates. The military can provide support services to law enforcement and has done so on occasion since the 1980s.

Earlier this month, Trump said he would have to mobilize more of the military at the U.S. border with Mexico after listening to stories about migrants crossing the border from people attending a Republican fundraiser.

The Pentagon move comes roughly around a month after six Mexican military personnel questioned two U.S. Army soldiers near Clint, Texas. A U.S. military investigation found the American soldiers were in U.S. territory during the incident, while the Mexican personnel believed they were south of the border.

U.S. officials said they arrested or denied entry to more than 103,000 people along the border with Mexico in March, more than twice as many as the same period in 2018. Trump declared a national emergency over illegal immigration earlier this year in an effort to redirect funding from Congress to build a wall along the U.S. southern border.

Weeks ago, Trump said he’s considering a plan to transport aliens who are apprehended after illegally crossing the southwest border exclusively to sanctuary cities.

“The Radical Left always seems to have an Open Borders, Open Arms policy – so this should make them very happy!”

The Trump administration is also proposing a new rule that seeks to prevent illegal immigrants from being granted public housing financial assistance. The move would ensure that U.S. citizens are first in line to review housing subsidies.

An April 25 Monmouth University poll found that 46 percent of Americans support Trump’s plan to send illegal aliens to sanctuary cities, while 43 percent opposed the plan. Of the remaining 11 percent, 4 percent said it depends on the circumstances and 7 percent were undecided.

Trump’s illegal immigration proposals come after U.S. officials said they arrested or denied entry to more than 103,000 people along the border with Mexico in March, more than twice as many as the same period in 2018.