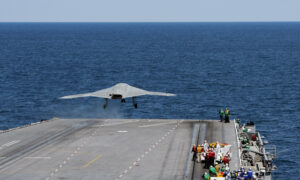 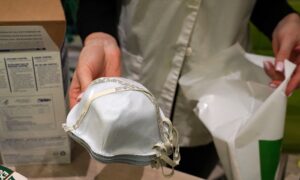 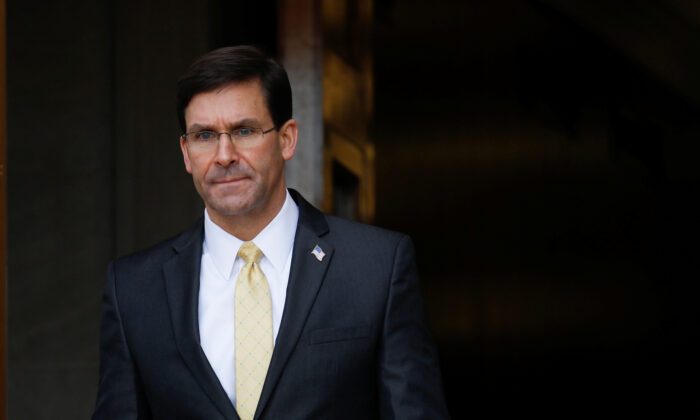 The Pentagon is extending its ban on domestic and international travel on all U.S. troops to June 30 in an effort to halt the spread of the CCP virus.

“We understand the impact this has on our service members and their families. However, this is a necessary measure to keep our people safe and our military ready,” Matthew P. Donovan, under secretary of defense for personnel and readiness, announced on April 18 during a conference call with reporters.

Defense Secretary Mark Esper initially ordered a halt on all movement of U.S. troops for 60 days in March amid concerns over the spread of the CCP virus, commonly known as novel coronavirus, which forced some units already deployed overseas to remain there for longer than expected. The new order, which will see the travel ban extended to more than a month past its original end date of May 11, is yet to be issued by Esper, but he’s expected to do so April 20.

“Continuing these travel restrictions is necessary because of the global nature of the Department of Defense enterprise,” Donovan told reporters. “We have service members stationed in all 50 states and in numerous foreign nations across the globe. While many areas in the United States may be on a positive trajectory, some areas and many nations are not.”

The new order applies to service members, civilians, and their families and comes at a time when more than 100,000 military troops, along with their loved ones, are preparing for permanent change-of-station moves.

However, Donovan said the new directive is “more liberal” when compared to the previous order, with waivers for mission-essential travel, as well as personal hardship and humanitarian reasons, and will allow for at least some overseas military deployments and redeployments. It is unlikely to change the Defense Department’s policies for leave travel, though, meaning military members will be restricted to only “local” leave.

“You’ll see that it’s little bit looser, because we know more about COVID-19 and we can get projections on potential hotspots and we have more information from nations where troops would be moving to,” Donovan told reporters.

“It will also be more liberal in the waivers that will be granted, because it’s such a situation-by-situation occurrence that we have to examine the whole circuitous line of transportation and make sure that we can maintain the secretary’s priorities throughout the entire situation.”

Each move will be reviewed on a case-by-case basis, and it’s possible that those who do move could be placed in 14-day quarantines, Donovan said. Esper will formally review the policy every 15 days to see if there is a possibility of the ban being lifted earlier.

As of April 17, there were nearly 3,000 cases of the CCP virus among service members, as well as another 1,863 cases among Defense Department civilians, contractors, and military dependents, according to The Hill. Overall, the United States has more than 738,000 confirmed cases of the virus and more than 40,000 people have died from the disease, which originated in Wuhan, China, last year.