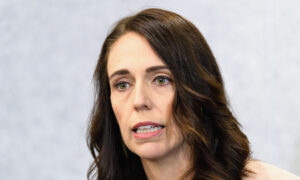 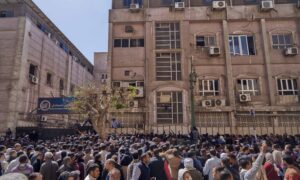 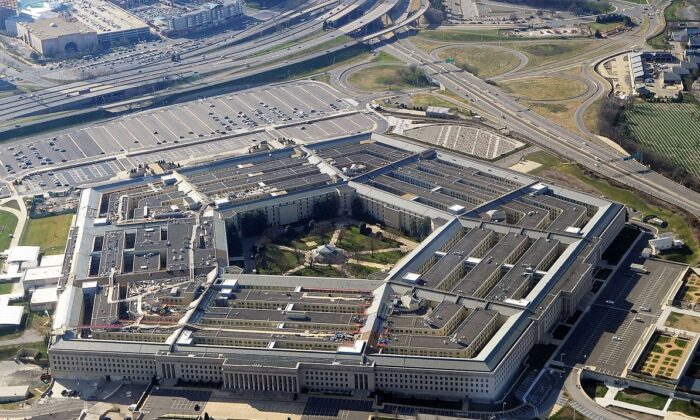 The Pentagon in a file photo. (AFP/Getty Images)
AMERICA

Pentagon Halts All Domestic Travel for Nearly 2 Months Over Coronavirus

The Department of Defense late Friday ordered service members, civilian employees, and their family members to stop traveling domestically until May 11.

The new travel restrictions goes into effect on March 16.

The reason cited was the spread of the new coronavirus, which started in China last year and has spread so widely that it has been declared a pandemic by the World Health Organization.

“Stop Movement for all Domestic Travel for DoD Components in Response to Coronavirus Disease 2019,” read the subject line of Pentagon memo (pdf) announcing the new guidelines.

The “continuing spread” of the new virus and the disease it causes, COVID-19, “necessitates immediate implementation” of the new restrictions, David Norquist, the Deputy Secretary of Defense, wrote in the memo.

“These restrictions are necessary to preserve force readiness, limit the continuing spread of the virus, and preserve the health and welfare of Service members, DoD civilian employees, their families, and the local communities in which we live,” Norquist wrote.

All Department of Defense military personnel will stop movement while the memo is in effect, he said. Civilian personnel and family members of department employees, whose transportation is funded by the government, will also stop movement.

Exceptions may be granted by superiors in writing for cases where travel is deemed “mission-essential,” necessary for humanitarian reasons, or warranted due to “extreme hardship,” according to Norquist.

Travel by patients and doctors for medical treatment is also authorized. People already in transit are allowed to continue to their final destination.

The new guidance comes days after the Pentagon said service members weren’t allowed to travel to nations most affected by the new virus. The countries included Italy, Iran, China, and South Korea. The Pentagon also said Friday that all unofficial visits were being suspended and all official visits would be suspended, with exceptions considered on a case-by-case basis.

Any employees or others with recent international travel were also banned from Pentagon facilities within 14 days from the date of their arrival back to the United States.

After President Donald Trump declared a state of emergency because of the virus on Friday, the National Guard said it was deploying 1,000 troops across six states to help respond to the pandemic. Troops were already in New York and several other states.

Thew new virus has symptoms similar to the flu and has no vaccine or known treatment at this time. Many patients have recovered after becoming ill.

About 20 percent of the infected require hospitalization and the new disease hits the elderly and those with underlying health conditions the hardest, according to public health officials.

Americans are advised to avoid large gatherings and take a variety of precautions, including regularly washing hands, frequently cleaning highly-touched surfaces at home, and not touching one’s eyes, mouth, or nose with unwashed hands.

Sick people should stay home and contact their healthcare provider or health authorities.