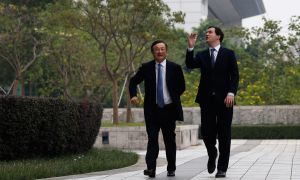 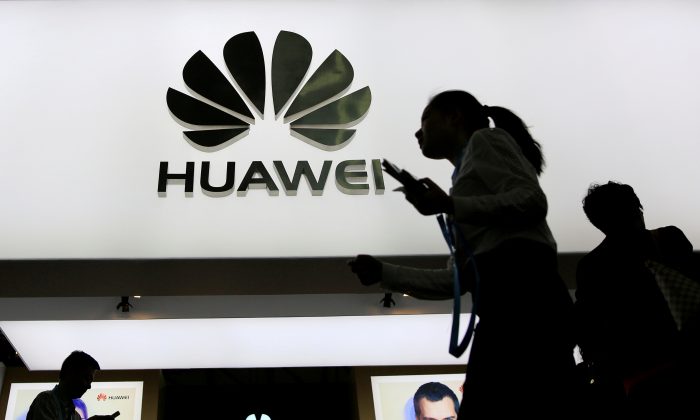 People walk past a sign board of Huawei at CES (Consumer Electronics Show) Asia 2016 in Shanghai, China on May 12, 2016. (Aly Song/Reuters)
Huawei

WASHINGTON—As the United States further pushes to separate itself from Chinese telecommunications equipment maker Huawei Technologies, the Pentagon is laying the groundwork to use technology from rivals Nokia and Ericsson in its 5G development plans, a Pentagon official said on March 25.

“I am not sure we are going to have a total U.S. solution,” Ellen Lord, the Department of Defense’s under secretary of defense for acquisition and sustainment, said. “We are talking to Ericsson, we are talking to Nokia quite a bit.”

Simultaneously, the United States is laying the groundwork to develop its own technology to support 5G enabled communications, said Lord, who is the Pentagon’s chief weapon’s buyer.

The United States has lobbied Europe to shut out Huawei, saying its equipment could be used by the Chinese regime for espionage.

Huawei has strongly rejected the allegations and earlier this month sued the U.S. government over the issue.

Huawei says it has filed a complaint in a federal court in Texas challenging the constitutionality of Section 889 of the National Defense Authorization Act (NDAA), a section signed into law in August that bans federal agencies and their contractors from procuring Huawei and ZTE equipment.

According to the complaint, Huawei views Section 889 as a roadblock to it gaining more market share in the U.S. telecoms market.

Lord said that military-to-military discussions about future 5G networks were going well for the United States. On the military side, “there is actually a huge dialog going on about what is the path forward,” Lord said. “We have frankly seen a lot of our European allies leaning forward to work with us on that.”

Denmark’s biggest telecommunication provider TDC Group announced on March 18 that it has chosen Ericsson over Huawei for the construction of its 5G infrastructure. The partnership with Ericsson will begin April 1 and will run until the end of 2024.

In response to TDC’s decision, Lisbeth Bech Poulsen, a member of the Danish Parliament, stated that she was pleased with the decision, as safety is the most important thing, according to another DR article. She added that Huawei, as a Chinese company, “is committed by [Chinese] law to cooperate with intelligence agencies in China.”