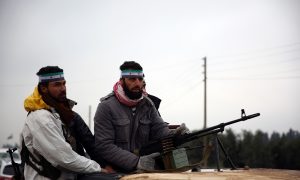 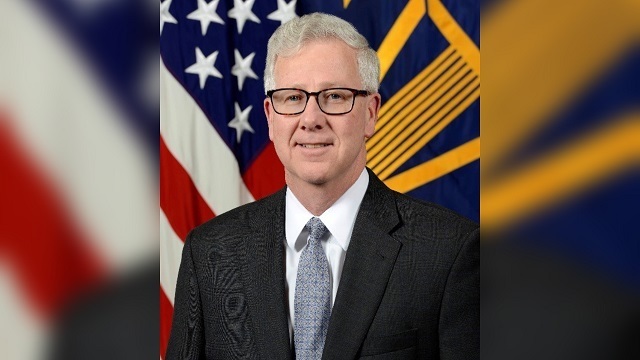 The Pentagon’s chief of staff to the secretary of defense resigned Jan. 6, becoming the third senior staff member of the department in recent weeks to depart following President Donald Trump’s decision to withdraw U.S. troops from Syria.

“I’ve decided the time is right to return to the private sector,” Rear Adm. Kevin Sweeney, who was in the position for two years, said in a short statement announcing his decision.

Sweeney, who did not mention the president in his statement, paid tribute to the “men and women of the Department of Defense,” adding that “it has been an honor to serve again alongside” them.

Sweeney’s replacement has not yet been announced.

His departure comes on the heels of another senior staff member, Pentagon spokeswoman Dana White, who stepped down at the end of December. White’s resignation came in the middle of an internal Defense Department investigation into her conduct after a number of complaints from other staff were filed against her.

“I appreciate the opportunity afforded to me by this administration,” White said in a short Dec. 31 statement on Twitter. “It has been my honor and privilege. Stay safe and God bless.”

Sweeney’s resignation also comes just five days after Jim Mattis left his post as defense secretary on Jan. 1—two months earlier than the previously planned February 2019 departure date. Trump named Patrick Shanahan as the Acting Secretary of Defense who has been serving in the post since Jan. 1.

The four-star general highlighted policy differences he had with the president in his letter of resignation. He said Trump has “the right to have a secretary of defense whose views are better aligned with yours.”

The president’s withdrawal of troops, one of his 2016 campaign promises, comes after he argued the United States should not be policing the Middle East. Trump also declared victory against the ISIS terrorist group, another reason he gave for the troop withdrawal.

ISIS has lost all of the territory it once held in Iraq and controls only one percent of the territory it once held in Syria, according to a November report by the Department of Defense. Trump said in December that he would be slowing down the troop withdrawal process and reiterated his commitment to defeating ISIS. He also criticized the high cost of keeping troops in the war-torn country.

“ISIS is mostly gone, we’re slowly sending our troops back home to be with their families, while at the same time fighting ISIS remnants,” he said.

The United States has spent $6 trillion on post-9/11 wars in the Middle East, according to the Watson Institute of International and Public Affairs.

Sweeney retired as a Rear Admiral from the U.S. Navy in 2014 following a two-year assignment as Commander of Carrier Strike Group TEN, according to his bio.