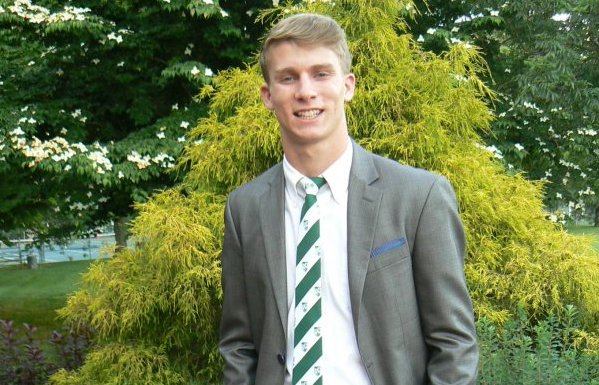 A missing Pennsylvania college student who vanished in Bermuda in the early hours of Sunday, March 18, has been found dead, police announced at a press conference.

Mark Dombroski, 19, was on a rugby league tour to the British island territory when he disappeared. The tournament finished on Saturday afternoon, March 17, and the 19-year-old went out with friends and family to socialize, according to a Bermuda Police Service statement.

He was last seen about 1 a.m. Sunday at the Dog House, a bar in the capital city of Hamilton, police said.

At 5:30 p.m. local time on Monday, March 19, police announced that Dombroski’s body had been found in the moat at Fort Prospect, which is located between Mary Victoria Road and the police headquarters in Devonshire.

“It is with sadness that the Bermuda Police Service can now confirm the death of 19-year-old Mark Dombroski of Pennsylvania, U.S.A., and we extend our heartfelt condolences to the Dombroski family,” police said in a statement.

“The area has been cordoned off and the scene will be processed by officers from the Forensic Support Unit. An autopsy is anticipated in due course.”

Acting Assistant Commissioner of Police James Howard said during the press conference that “foul play is not ruled out right now.”

Howard added that as the investigation is currently ongoing.  No further details have been released at this stage.

The news of the young rugby player’s death came hours after his mother Lisa Dombroski made a heartfelt plea in a press conference for the safe return of her son, reported The Royal Gazette.

“We deeply love our son, we cherish our son,” Lisa said at the earlier press conference. “We love him dearly. We want him back.”

He was due to return to the United States with his parents on Sunday, reported the newspaper.

Howard said in an earlier statement a “coordinated search” had been done and an “extensive review” was conducted on the island-wide CCTV network in order to ascertain the 19-year-old’s movements.

Police are appealing for witnesses or anybody with information about Dombroski’s disappearance.