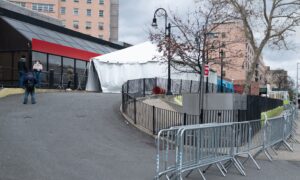 New York Working On Reopening Plan With 5 Other States
0 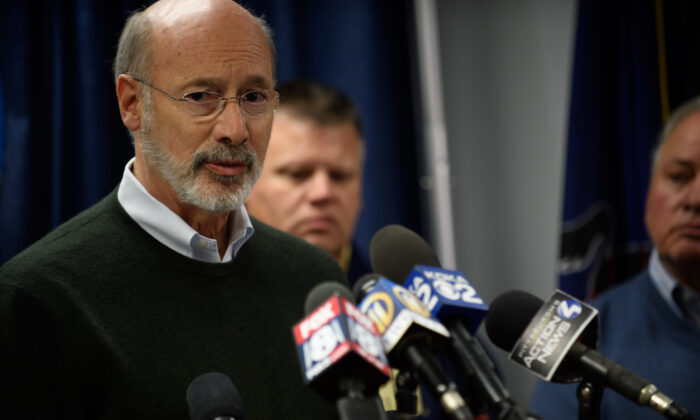 The Senate passed the legislation 29-21 on Wednesday; the House approved it 107-95 on Tuesday.

But Wolf plans to veto.

“As the administration has stated many times, irresponsibly going against the direction of the Secretary of Health and reopening businesses too early will only extend the length of the economic hardships created by the pandemic,” spokeswoman Lyndsay Kensinger said in a statement to news outlets.

Senate Majority Leader Jake Corman, a Republican, charged that Wolf’s administration is declining to release information about decisions to grant or deny applications from businesses to stay open amid the pandemic.

“We need a path forward that continues to protect the lives of vulnerable Pennsylvanians without sacrificing the livelihoods of more than a million workers,” Corman said in a statement. “We need to create a process that is fair and transparent, that truly protects the health of state residents and mitigates the spread of this virus.”

The bill would let nearly all construction projects move forward and enable companies that didn’t get a waiver but are deemed essential businesses under federal designations to reopen.

Dr. Rachel Levine, the state’s secretary of health, said she opposed the bill, claiming in a letter to the General Assembly, “There is no doubt this legislation would lead to more Pennsylvanians infected with COVID-19.”

Wolf, a Democrat, told reporters at a press briefing that he does not support individual counties reopening earlier or later than others.

“This is something we need to do as a commonwealth,” he said.

Wolf ordered a lockdown last month in a bid to slow the spread of the CCP (Chinese Communist Party) virus, a novel coronavirus that emerged from mainland China last year. His executive order requires people to stay at home unless they’re doing “allowable individual activities and allowable essential travel,” such as exercising, obtaining necessary supplies, or performing work at “a life-sustaining business.”

Most states in the nation have similar orders in place. The strict measures have crippled the economy and led to widespread job losses.

Pennsylvania’s order is currently in place through April 30.

The main impetus behind lockdowns is slowing the spread of the virus so healthcare systems are not overwhelmed. Critics say that could be accomplished with measures that aren’t as strict, and some states are planning to phase out lockdowns soon, including Texas and Idaho.

Levine said in the letter that the peak of COVID-19 hasn’t yet arrived in Pennsylvania and the healthcare system “has not yet been tested.”

“The only way to shorten the length of time we need to weather these conditions is through aggressive social distancing,” she wrote.

Social distancing measures include requiring some businesses to close, having people wear masks when in public places, and forcing people to stay at least 6 feet from individuals they don’t live with.

Wolf joined a compact led by New York Gov. Andrew Cuomo which is coordinating a regional reopening. The governors in the compact have said little about when and how the states will start reopening, and Cuomo claimed on Wednesday that a full reopening wasn’t possible until a COVID-19 vaccine is developed or a treatment is proven to be effective against the disease.