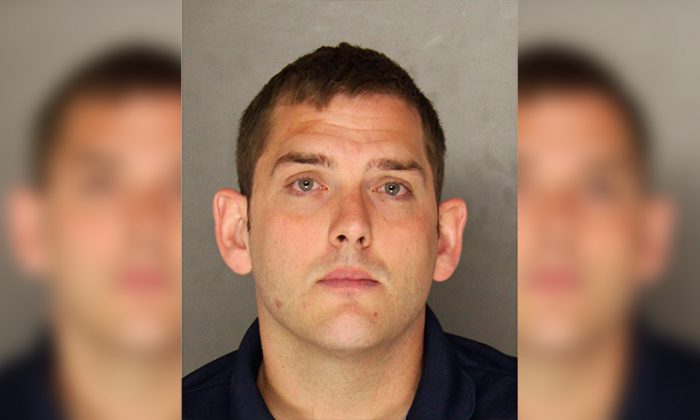 Pennsylvania prosecutors on Wednesday charged an East Pittsburgh police officer with homicide in the shooting death last week of an unarmed teenager.

Officer Michael Rosfeld, 30, surrendered to face a single criminal count for killing 17-year-old Antwon Rose on June 19 as the officer was searching for suspects after a drive-by shooting that wounded one.

Video of the incident, showing two men running from a car that was stopped by police and falling to the ground amid the sound of gunfire, sparked several nights of protests around Pittsburgh.

The fatal shooting occurred after Rosfeld and other officers stopped a car while investigating the drive-by shooting. Prosecutors said Rosfeld first told them he saw a person emerge from the car with a “foreign object,” but later admitted he did not see a weapon.

“An officer has to be in fear of death or serious bodily injury – then you can return that fear with deadly force,” Allegheny County District Attorney Stephen Zappala told reporters. “Those elements are clearly not there.”

A second passenger in the car with Rose, Zaijuan Hester, 17, was charged by Allegheny County police on Wednesday with several crimes in connection with the drive-by shooting, according to court documents.

Rose and the driver of the car were not involved in the drive-by shooting, Zappala said.

Rose, “in the last moments of his life, did something critically important – he showed his hands,” he added.

“We realize that conviction is a long road ahead,” Merritt told Pittsburgh’s WTAE-TV.

Rosfeld’s attorney, Patrick Thomassey, told Pittsburgh’s WPXI television that the officer had turned himself in early Wednesday and was released on an unsecured bond of $250,000.