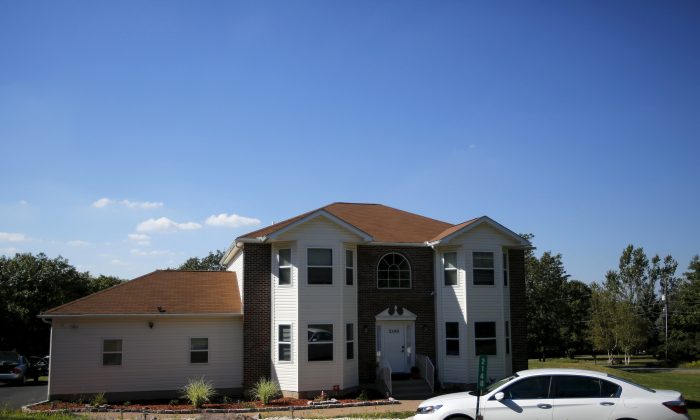 The house where Chun Hsien Deng died after a hazing ritual during a fraternity retreat in 2013 is pictured in Blakeslee, Pennsylvania, on Sept. 17, 2015. (Eduardo Munoz/Reuters)
Crime and Incidents

HARRISBURG, Pa.—Pennsylvania Governor Tom Wolf is expected to sign legislation on Oct. 19, raising the maximum penalty for fraternity hazing to a felony, carrying up to seven years in prison.

Named the “Timothy Piazza Anti-Hazing Law” after a Penn State freshman who died during hazing activities at the Beta Theta Pi fraternity house in February 2017, the bill unanimously passed the Legislature.

“It’s a really big deal, a real change in landscape,” said Tom Kline, a Philadelphia lawyer who has represented the Piazza family since their son’s death. “It’s about deterrence, and changing Greek life.” The family declined to comment through their lawyer.

The law also allows the seizing of fraternity houses involved in hazing incidents, a provision that could make the Pennsylvania law tougher than Florida’s, which also provides for felony charges, said Tracy Maxwell, founder of Hazing Prevention, a national group.

Florida’s statute was previously considered the toughest of the existing 44 state anti-hazing laws.

“It doesn’t matter how tough the law is if local prosecutors don’t have the stomach to enforce it,” Maxwell said.

Timothy Piazza of Lebanon, New Jersey, died of head and spleen injuries suffered while drunkenly falling multiple times, including twice down a flight of stairs, during hazing activities at the fraternity house. He was 19 years old. Much of it was captured on video.

Authorities have said that the fraternity brothers waited for hours before calling for medical help. The new law would create a “safe haven” that would exempt fraternity members from prosecution if they call police or emergency responders.

Stacy Parks Miller, the former Centre County prosecutor who tried but failed to get jail time for some of the Beta Theta Pi members, said she was concerned that the new law had been hastily written and may cause problems for prosecutors.

“While I am very pleased to see a new felony for cases like Tim’s, I am concerned there is now less leverage for prosecutions for the more commonplace hazing cases,” Miller told Reuters. The new law requires prosecutors to prove that force or coercion was used to make victims participate in the hazing.

At least two other hazing-related deaths have occurred in Pennsylvania in the past five years.

Chen “Michael” Deng died in 2013 when he was 19 from injuries received during a hazing ritual by the Baruch College chapter of Pi Delta Psi at a house in the Poconos. Four fraternity members received two-year prison terms and more than 30 others received probation.

Marquise Braham, a student at Penn State’s Altoona campus, committed suicide in 2014 at the age of 18 after allegedly suffering a mental breakdown because of hazing by the Phi Sigma Kappa fraternity.

“I think it’s a strong law,” said Rich Braham, an ABC News producer who is Marquise’s father. “It’s a much better law than existing law and will save student lives.”