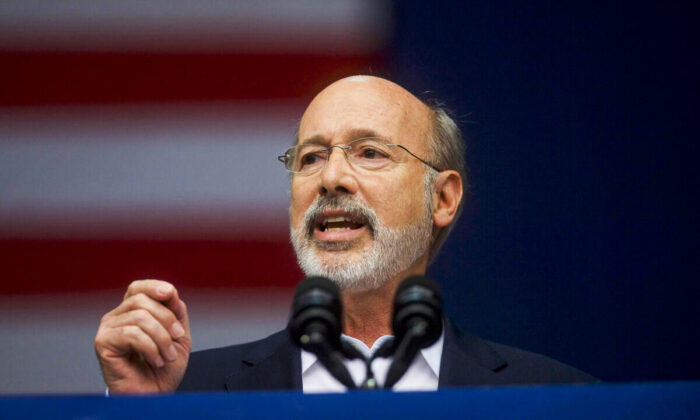 Pennsylvania’s governor this week vetoed a law that would have allowed carrying a gun in a concealed manner without a license.

Gov. Tom Wolf, a Democrat, said the legislation would “only exacerbate gun violence and jeopardize the safety of all Pennsylvanians” if it were not vetoed.

“As communities across the state struggle with crises like gun violence and suicide, Senate Bill 565 was a poorly timed, poorly conceived plan to expand access to firearms and would have risked the lives of more Pennsylvanians,” added Pennsylvania House Democratic Leader Joanna McClinton.

The bill in question would have repealed provisions that require people to get a license to carry a concealed firearm.

The Republican-controlled state legislature passed the bill earlier this year.

Pennsylvania is one of 12 states with divided governments, or states where neither party enjoys total control of the governorship, the state Senate, and the state House.

Republicans have not overridden a Wolf veto since he took office in 2015.

A two-thirds majority in each state chamber is required to override a veto.

Democrats in the state rarely vote for measures opposed by Wolf.

Pennsylvania Sen. Cris Duch, a Republican who sponsored the bill that was vetoed, said in a statement that Wolf, during his time in office, “has shown a penchant for ignoring the constitutional rights of Pennsylvania citizens, and he again did that today with his veto of legislation that would have ensured those legally allowed to own a gun could carry it openly or concealed, without needing a permit.”

“Firearms ownership is a Constitutional right that should not be subject to infringement or questioning,” Dush added. “Gov. Wolf should have heeded the provisions of the constitutions of both the United States and Pennsylvania and signed Senate Bill 565.”

Firearms Owners Against Crime was among the groups that supported the bill. Supporters referenced a paper from Carlisle Moody, a professor with the College of William and Mary, who found that “right-to-carry laws” reduce violent crime.

Dush said FBI data from jurisdictions “where law-abiding people have the right to both keep and bear arms” show “those communities are safer.”

Wolf said that in states without concealed carry licenses, there is an 11 percent higher homicide rate when compared to states that require a license.