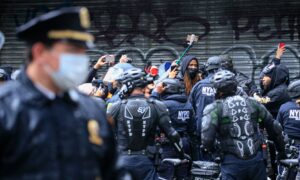 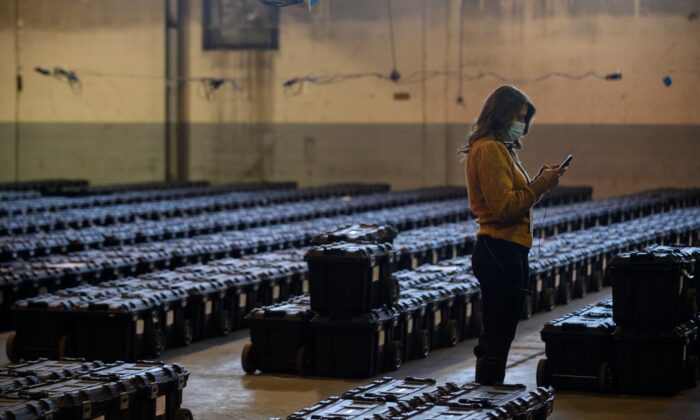 The second-largest county in Pennsylvania is not counting ballots at all on Thursday, even as people around the world wait to see who wins the presidential election.

Allegheny County officials said in a late Wednesday update that the elections warehouse was closed shortly before 11 p.m. and would not reopen for ballot counting until Friday.

“The Elections Division staff will be using the day to do administrative work. They will not be available for any media inquiries or interviews tomorrow,” the statement read.

County officials initially reported receiving 348,485 mail-in and absentee ballots. In the latest update, they said the number of those votes that have been counted was 313,072.

The approximately 35,000 others include 29,000 that cannot to be handled until 5 p.m. on Friday, per an order from federal court, County Executive Rich Fitzgerald said at a press conference on Thursday.

The other 6,000 were damaged in the mail or elsewhere, or had another defect, such as missing a date.

Election staff will return on Friday at 9 a.m.

Pennsylvania is one of the few states that is still counting ballots even though the election was held on Nov. 3.

The total number of ballots, including in-person votes, cast in Allegheny County was 675,928.

According to unofficial results on the county’s website, 674,247 votes have been tabulated.

In 2016, Democratic nominee Hillary Clinton won Allegheny County by a margin of slightly over 108,000 votes. Trump won the state.

Because of a Pennsylvania Supreme Court decision, more ballots could be received and counted if they were postmarked by or on Election Day, or if they have no clear postmark, provided they’re received by Friday at 5 p.m.

It’s still not clear when a winner for Pennsylvania will be called.

“These ballots here in Pennsylvania, are going to continue to be counted,” Josh Shapiro, Pennsylvania’s attorney general, said Wednesday night during an appearance on MSNBC’s “The Rachel Maddow Show.”

“They’re going to continue to be counted in accordance with state law.”