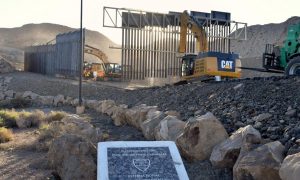 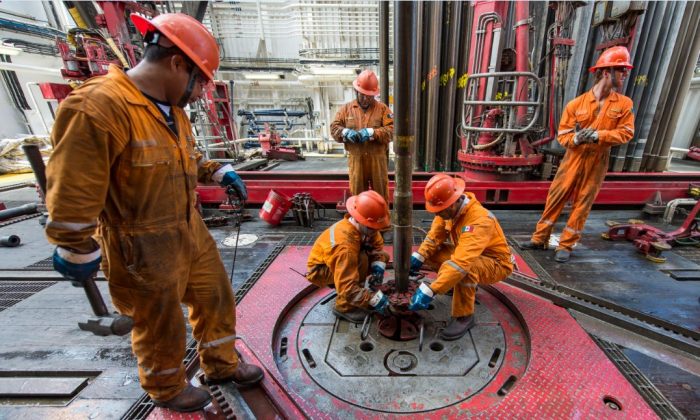 A file photo of workers at Mexico's state-owned oil company PEMEX, in the Gulf of Mexico on Aug. 30, 2013. (Omar Torres/AFP/Getty Images)
Americas

Governor Jaime Rodriguez said in a post on Twitter that the explosions were due to an accumulation of gas, adding that five people suffered light injuries and that the individuals were being transported to a local hospital for medical care.

It was not clear how much damage was sustained by the Caderyta refinery.

A Pemex source told Reuters that the facility with a crude processing capacity of 275,000 barrels per day remained online. The source cast doubt on Rodriguez’s post, saying the accident occurred in a drain and was caused by an unspecified fluid reaction.

Pemex’s press office did not respond to a request for comment.