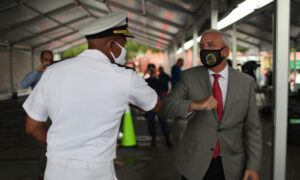 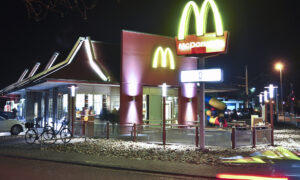 McDonald's Mandates Masks at US Restaurants to Curb CCP Virus
0 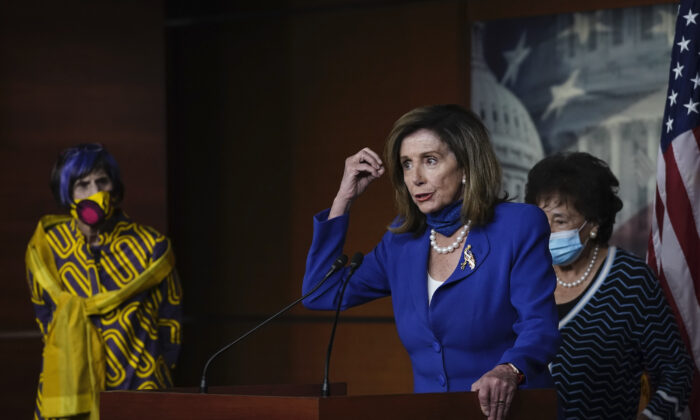 Speaker of the House Nancy Pelosi (D-CA) speaks during a news conference at the Capitol on July 29, 2020 in Washington. (Drew Angerer/Getty Images)
Politics

House Speaker Nancy Pelosi (D-Calif.) on July 29 announced that masks would be mandatory inside the House of Representatives and threatened lawmakers who break the rule with ejection from the premises.

“Members and staff will be required to wear masks at all times in the Hall of the house except that members may remove their mask temporarily when recognized,” Pelosi said.

Pelosi made the announcement not long after Rep. Louie Gohmert (R-Texas) said that he tested positive for COVID-19.

“I’m asymptomatic. I don’t have any of the symptoms that are listed as part of COVID-19, but apparently I have the Wuhan virus,” Gohmert said in a video shared with his followers.

In the brief announcement, Gohmert appeared to blame the mask for contracting the virus.

“It is interesting and I don’t know about everybody but when I have a mask on I’m moving it to make it comfortable, and I can’t help but wonder if that puts some germs in the mask,” Gohmert said.

During the early stages of the pandemic, the U.S. Centers for Disease Control and Prevention and the World Health Organization advised against masks. Since then, both organizations changed course and now recommend masks.

A similar review published in The Lancet in June likewise found no direct evidence of the effectiveness of masks but concluded, based on 44 comparative observational studies, that “face mask use could result in a large reduction in risk of infection.”

Pelosi signaled that she would have little tolerance for violations of the policy and said she would direct the sergeant at arms to remove lawmakers and staff who breach it.

“The chair would further inform members and staff that they will not be permitted to enter the Hall of the house without wearing a mask,” the speaker said.

“The chair would also like to remind members that the speaker has the authority to direct the sergeant at arms to remove a member from the floor as a matter of decorum,” she added. “To reiterate the chair views the failure to wear a mask as a serious breach of decorum.”

The House will have masks available at the entrance for those who forget to bring one.