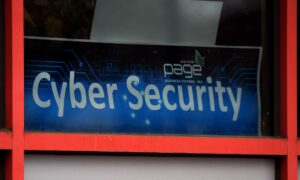 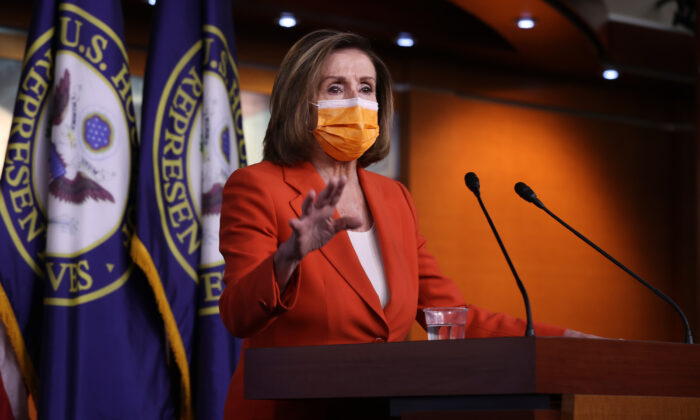 House Speaker Nancy Pelosi (D-Calif.) said on March 12 that she has directed key Democratic lawmakers to work with Republicans on drafting the next big legislative push from Congress—the much-anticipated infrastructure package. Pelosi said it would be “big, bold, and transformational,” but it’s also drawing scrutiny on how it will be paid for.

Pelosi made the announcement in a statement infused with hope for bipartisanship, which fell short in the American Rescue Plan. Democrats passed the $1.9 trillion package along strictly partisan lines, with Republicans denouncing it as a “liberal wish list” that was packed with non-pandemic-related spending.

“Building our transportation system has long been bipartisan,” Pelosi said. “It is our hope that spirit will prevail as we address other critical needs in energy and broadband, education and housing, water systems and other priorities.”

Fresh off the American Rescue Plan clearing the Senate through a budget reconciliation process that let Democrats avoid having to get any Republican buy-in, Democrats are anxious to get some members of the GOP on board, both to satisfy optics and to avoid taking the drastic step of removing the filibuster.

Biden campaigned on being a “unity” candidate who could work across the aisle to get important legislation through Congress, but the partisan passage of the American Rescue Plan, adopted over the objections of Republicans, has undercut that image. And reaching for the so-called “nuclear option” of scuttling the Senate filibuster rule—which makes it so that most legislation has to meet a 60-vote supermajority threshold—is both highly contentious and vocally opposed by some Democrats.

One of those to go on the record against doing away with the filibuster is Sen. Joe Manchin (D-W.Va.), who has also emerged as a champion of bipartisanship, warning his Democrat colleagues against riding roughshod over Republican objections.

Manchin told “Axios on HBO” in an interview published March 8 that he’ll block Biden’s next major legislative thrust unless more effort is made to include Republican voices.

In the interview, Manchin said the American Rescue Plan could have won some Republican backing if just a few concessions had been made.

“I am not going to get on a bill that cuts them out completely before we start trying,” Manchin said. “I would say this to my friends. You’ve got power. Don’t abuse it. And that’s exactly what you’ll be doing if you throw the filibuster out.”

So far, Democrats have been careful to avoid putting a price tag on the initiative, which is rumored to be worth at least $2 trillion.

Rep. John Garamendi (D-Calif.), in an interview with The Sacramento Bee, said Biden is considering raising taxes as a way to pay for the infrastructure plan—including an excise tax on fuel, some form of a user fee for electric vehicles on highways, and a carbon tax. Garamendi didn’t provide specifics on taxes, nor on the overall cost of the package.

“No price tag right now, because we’re going at this from the bottom up,” Garamendi told the outlet. “We’ll say, ‘What’s the cost of broadband, what’s the cost of repairing bridges?’ and go from there.”

Pelosi, in her March 12 statement, said she hoped the measures would address transportation as well as “other critical needs in energy and broadband, education and housing, water systems, and other priorities.”

House Transportation and Infrastructure Committee Chairman Peter DeFazio (D-Ore.) told Reuters on March 10 that his “tentative timeline” is to have his committee’s portion of the infrastructure bill approved by the panel in May.

Sen. Shelley Moore Capito (R-W.Va.), a ranking member of the Senate Committee on Environment and Public Works (EPW), wrote on Twitter on March 13 that “bipartisan legislation to fix our nation’s infrastructure is essential to the long-term, comprehensive solutions our country needs” and that she looks forward to working “on both sides of the aisle to deliver for the American people.”

In an accompanying video interview, Capito said Republicans would start the infrastructure discussions in the spirit of bipartisanship and would use a surface transportation reauthorization bill that the EPW advanced last Congress by a unanimous 21–0 vote as a baseline.

Capito expressed optimism for a bipartisan package in a recent op-ed in USA Today, but warned Democrats against padding the bill with unrelated spending priorities.

“I am optimistic that we can move a bipartisan surface transportation bill across the finish line, but I want to temper my optimism with a word of caution,” she wrote. “The strong bipartisan support that exists will not extend for a multi-trillion dollar package stocked full of ideologically driven, one-size-fits-all policies that tie the hands of states and communities.”

Republicans objected to many of the line items in the American Rescue Plan, including some $850 billion for state and local governments, which the GOP has repeatedly called a bailout for mismanaged, Democrat-led states and cities.