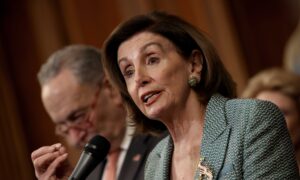 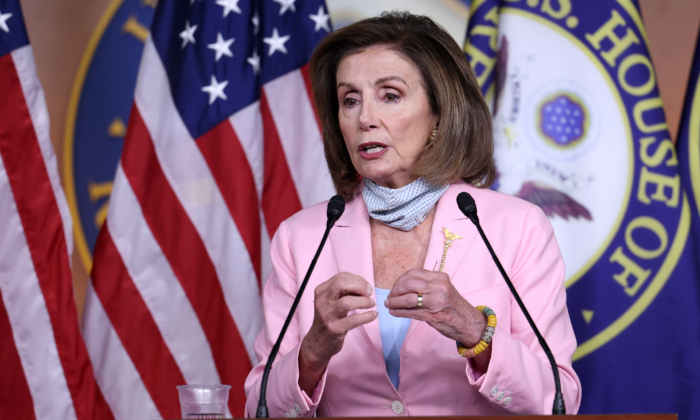 House Speaker Nancy Pelosi (D-Calif.) announced Sunday that the vote on the Senate-passed $1.2 trillion infrastructure bill will be held on Sept. 30, days later than originally planned.

Lawmakers will still debate the bill on the House floor on Monday but will not actually vote until Thursday, on the same day that some surface transportation programs are set to expire, Pelosi announced in a letter to her fellow Democrats released by her office.

“This week is a week of opportunity, as we work to keep government open, conclude negotiations on the Build Back Better Act and advance the Bipartisan Infrastructure Framework,” Pelosi wrote.

“Tomorrow, September 27, we will begin debate on the Bipartisan Infrastructure Framework on the Floor of the House and vote on it on Thursday, September 30, the day on which the surface transportation authorisation expires.”

The Democrat-led “Bipartisan Infrastructure Framework” focuses mostly on core infrastructure projects, such as roads, clean water and power, bridges and other infrastructure, and remediation of legacy pollution.

It will be funded through a combination of repurposing other money, such as emergency relief funds, as well as through targeting corporate user fees, and redirecting unused unemployment insurance relief funds.

House Democrats had originally agreed to vote on the infrastructure package by Monday.

However, Pelosi has been struggling with House progressives who have maintained that they will vote against the measure unless the chamber votes first on the much larger social spending package; the Democrat’s $3.5 trillion budget bill the “Build Back Better Act.”

President Joe Biden has also said that he won’t sign the infrastructure bill without approval of his “Build Back Better Act.”

The cost of the Build Back Better Act, which will be paid for by higher tax rates for corporations and the wealthy, have also divided her fellow Democrats.

As of Monday, the package is still incomplete.

“But, you know, I’m never bringing a bill to the Floor that doesn’t have the votes,” she continued, adding, “You cannot choose the date. You have to go when you have the votes in a reasonable time. And we will. And I do believe that we will do—first of all, let me just say, it’s an eventful week.”

But Rep. Pramila Jayapal, chair of the Congressional Progressive Caucus, said Sunday on CNN’s State of the Union that “the votes aren’t there.”

“I just don’t buy, at the end of the day, that folks will vote against it,” Gottheimer said.