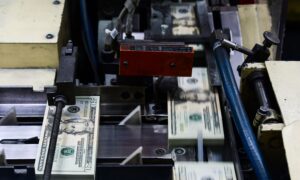 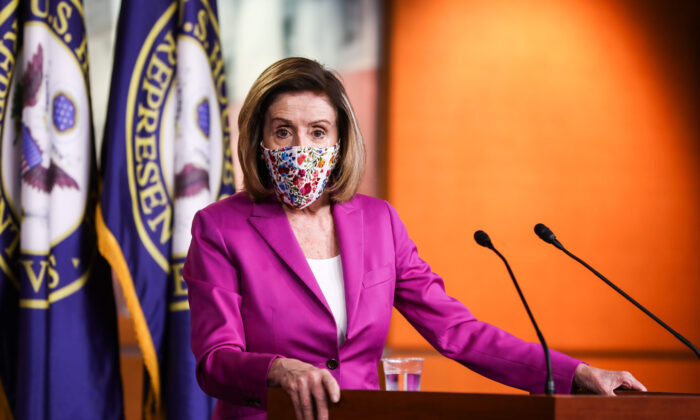 House Speaker Nancy Pelosi (D-Calif.) defended delaying the passage of the COVID-19 relief measure and its associated second round of stimulus checks, telling CBS’s “60 Minutes” in a wide-ranging interview that holding out on the bill was because Republican proposals didn’t go far enough on social justice.

Host Lesley Stahl said that there was obstruction from both Democrats and Republicans before the $900 billion relief bill was at long last adopted.

“They would not go down that path,” she added.

Stahl then said that a member of the Democrat caucus said of the delay that, “We look like obstructionists, and it was a mistake.”

Pelosi responded by saying that stalling “wasn’t a mistake” and that “nobody expects me to support something that solidifies injustice in our country.”

Social justice causes were front and center in a speech Pelosi gave when reelected as House speaker.

“Indeed, the pandemic has pulled back the curtain on and shown even worsened disparities in our economy and our society,” Pelosi, who was reelected as speaker in a 216-209 vote, said on the House floor on Jan. 3.

“We must pursue justice: economic justice, justice in health, racial justice, environmental, and climate justice. The list goes on,” she added.

Democrats and Republicans sparred for months over the pandemic relief bill, with differences boiling down to two key partisan demands—funding for state and local governments and a liability shield against COVID-19-related lawsuits. Republicans repeatedly rejected Democrat demands for $150 billion in funding for state and local governments, while Democrats opposed GOP calls for a sweeping liability ban.

Following a hard-fought bipartisan compromise that involved dropping both liability protection and state and local aid demands, the $900 billion bill won sweeping approval in the House and Senate, and was signed into law by President Donald Trump on Dec. 27. Members of both parties swiftly welcomed Trump’s decision to sign the bill into law.

“The compromise bill is not perfect, but it will do an enormous amount of good for struggling Kentuckians and Americans across the country who need help now,” said Senate Majority Leader Mitch McConnell (R-Ky.) “I thank the president for signing this relief into law.”

Pelosi called the signing “welcome news for the 14 million Americans who just lost the lifeline of unemployment benefits on Christmas weekend, and for the millions more struggling to stay afloat during this historic pandemic and economic crisis.”

The bill included a second round of direct relief to American families in the form of $600 economic impact payments.

Millions of these payments have already been made, including by prepaid debit cards, direct deposit, and the ongoing mailing of paper checks, according to the Treasury Department.

Meanwhile, 18 states have begun paying out the extra $300 per week in unemployment benefits that are part of the COVID-19 relief bill, with most states poised to join them by mid-January.