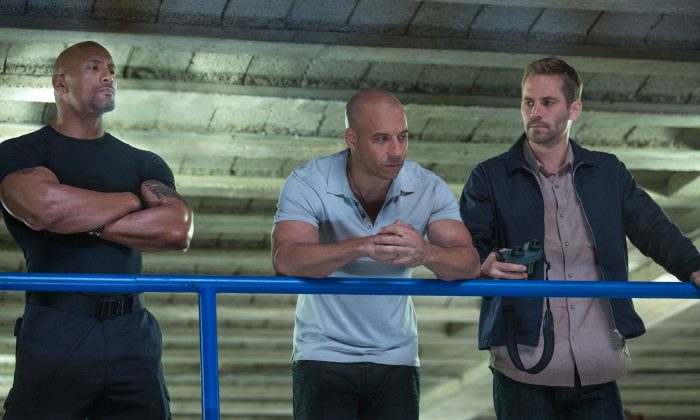 Paul Walker faked his own death? Fans are upset by the latest claim on a conspiracy site.

The report on nodisinfo.com, which is tagged “other hoaxes” and “Zionist terror,” claims that “it is not absolutely confirmed” that Walker and Roger Rodas, who was driving the car that crashed, both faked their deaths.

“This hoax was achieved with collaboration of the entire crew and production team of the Fast & Furious cabal in collaboration with Universal Studios,” the report claims.

As with many conspiracy articles, the site uses a collection of blurry images and suppositions to build the case in the report that Walker did fake his death.

However, Walker died on November 30 in a fiery car crash that also killed Rodas, his friend and business partner.

Since the death, there has been speculation that Walker and Rodas were murdered on similar conspiracy websites.

There have also been some death hoaxes, trying to get people to download videos infected with viruses and the like.

Walker’s family is still in mourning from the sudden death of the 40-year-old, including his daughter Meadow. Jasmine Pilchard-Gosnell, his girlfriend of seven years, has also been mourning.

Fans of Walker were not pleased with the report.

“Why would they fake their death to begin with? What is to gain? You’ve presented all of this ‘evidence’ of a faked death and have failed to answer WHY they would even do so to begin with,” commented one. “You’ve just plain failed. Have a little RESPECT for the dead and their loved ones by shutting up and ceasing to spread your moronic views and distracting them from mourning.”

Another commentor added: “Paul Walker is gone people just can’t leave him rest in peace there’s always gotten be a rumor going on …until I see proof otherwise I don’t believe it.”

“Why would Paul Walker fake his own death?! Let the dead rest in peace!” said Priscilla Brady.

“Paul Walker didn’t fake his death,” added Sean Donnelly. “People believe everything they read and take it for the truth. Have some respect for his family.”

The website the report is on also claims the Boston Marathon bombing was a hoax, as well as the shooting at Sandy Hook.