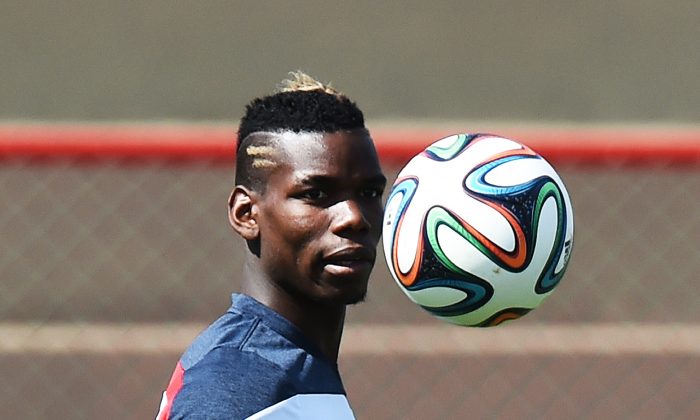 France's midfielder Paul Pogba eyes the ball during a training session in Brasilia on June 29, 2014, on the eve of their FIFA 2014 World Cup Round of 16 football match against Nigeria. (JEWEL SAMAD/AFP/Getty Images)
Soccer

Juventus midfielder Paul Pogba could be headed to Chelsea after the World Cup.

The 21-year-old has impressed so far for France and Juventus, and Roman Abramovich could make a £60 million ($102 million) bid for him, according to Goal.com.

Chelsea boss Jose Mourinho supposedly wants to pair Pogba and Nemanja Matic together next season in holding midfield positions, and let Cesc Fabregas do the creative work in a no. 10 position.

Juventus wants to keep the player, however, and general manager Giuseppe Marotta said last month that: “We intend to extend Pogba’s contract and we have already spoken with his agent.”

“Paul is a smart guy and this is the perfect place for him to improve further. You cannot imagine him leaving Juventus.”