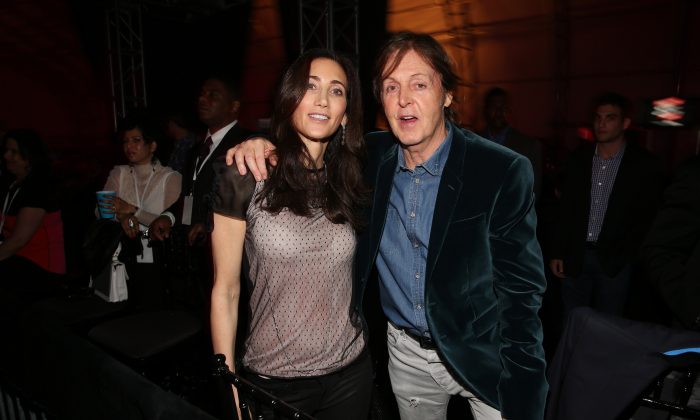 Paul McCartney’s fortune got a boost with his marriage to Nancy Shevell in October 2011, though he has long been in the top ranks of the Sunday Times’s list of richest music millionaires in Britain and Ireland.

Shevell is the vice-president of New England Motor Freight and is worth upwards of $230 million, according to a Sunday Times article published last April. Her fortune combined with McCartney’s to earned him third place on last year’s annual list, and first place this year.

McCartney was followed by Andrew Lloyd Webber, U2, and Elton John. In 2012, they were all beat by the low-profile record executive Clive Calder, who had a fortune of $2,078 million. His Zomba Recordings company signed Britney Spears, Backstreet Boys, and ‘N Sync before Calder sold it in 2002 to BMG and moved to the Cayman Islands, according to Forbes.

Cameron Mackintosh was second in 2012 with about $1116 million. Macintosh produced hit musicals such as Cats, The Phantom of the Opera, and Miss Saigon.

Adele is Britain’s richest young musician as she was in 2012. Her fortune has grown from about $30 million last year to about $46 million this year.

The Sunday Times will release the full version of its list on Sunday, April 21.