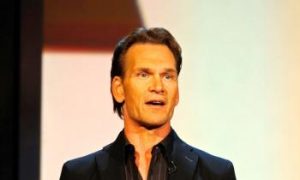 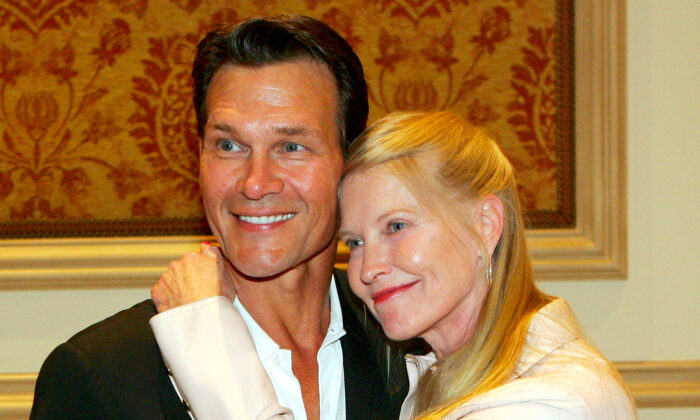 When actor Patrick Swayze passed away in September 2009 from pancreatic cancer, his final words to his wife were the same as her final words to him: “I love you.” After a decade, Lisa Niemi Swayze still has her late husband in her dreams and talks to him every day. “I feel like I have a different relationship with him now, it just [sic] he’s not physically present,” she explained to ET.

Now Swayze is being remembered on the 10th anniversary of his passing with a documentary by Paramount Network, “I Am Patrick Swayze,” featuring his widow Lisa along with actors and actresses who worked with him, including Rob Lowe, Demi Moore, Sam Elliott, and Jennifer Grey.

Co-stars concur with Lisa Niemi Swayze, who said of the actor, “There was something about him, when I looked at him, what I saw was pure gold.” Speaking of her first meeting with her future husband, she said, “It was almost like the whole stage filled with light.” The two got married not long after and remained together for 34 years until Swayze’s passing.

For many people who knew him closely, Swayze’s accomplishments were overwhelming. As Rob Lowe, who co-starred with Swayze in “The Outsiders” (1983) and “Youngblood” (1986), explained in IAPS, he couldn’t believe everything that Swayze was able to do. “You were a gymnast and a world-class cowboy, a roping guy, and a ballet dancer? He was,” Lowe said.

Co-star C. Thomas Howell, who appeared with Swayze in several movies from the 1980s, emphasized that Swayze never did anything halfway: “He wanted to make a dance movie, made the best dance movie,” referring to “Dirty Dancing,” adding, “Wanted to write his own song. The song goes number one,” referring to “She’s Like the Wind.”

But while Swayze made significant achievements, he continued pushing himself to do more, a trait of his mother, who ran a dance company in Houston and passed on her perfectionism to her son.

As Lisa revealed to People, Swayze’s mother could be verbally and physically abusive when he didn’t live up to her standards. Lisa told People, “If somebody pushes you that hard, like his mom did, it could make some people cave, but it made him fight harder.”

In IAPS, the actor admits, “I have these demons that run around in my insides. I’ve done everything in the world thinking I’m going to get rid of them. I doubt if I ever will.”

To cope with feelings not measuring up to the impossibly high standards his mother had for him and the equally lofty expectations he imposed on himself, Swayze resorted to heavy drinking.

While he eventually managed to get on top of his drinking problem, Swayze eventually had to fight a much bigger enemy: stage 4 pancreatic cancer, which he was diagnosed with in 2007.

For the Swayzes, cancer was a nightmare. “It’s like the worst thing in the world to go through,” Lisa told ET. “He survived 22 months which was miraculous with the diagnosis he received.”

For Lisa, during this trial, Patrick “showed himself to be a true hero in how he approached his disease.” Despite being sick and in pain, along with undergoing intense rounds of chemotherapy, as Lisa stated, “the amount of lovingness and kindness, I saw wisdom in him that was beyond anything I’d seen before.”

As for life after Swayze’s passing, Lisa said that his disappearance has not changed her love for him. “When you move past losing someone you love, you actually become closer to them in a different way,” she said. “I haven’t lost him, that was my fear.”

Even as she has remarried and moved on with life, she still remains convinced that Swayze was the great love of her life. “When you love someone deeply, that’s something that never changes,” she said. “You honor their spirit for as long as you live.”