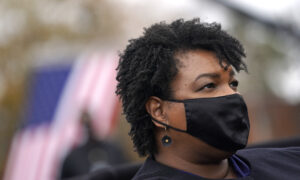 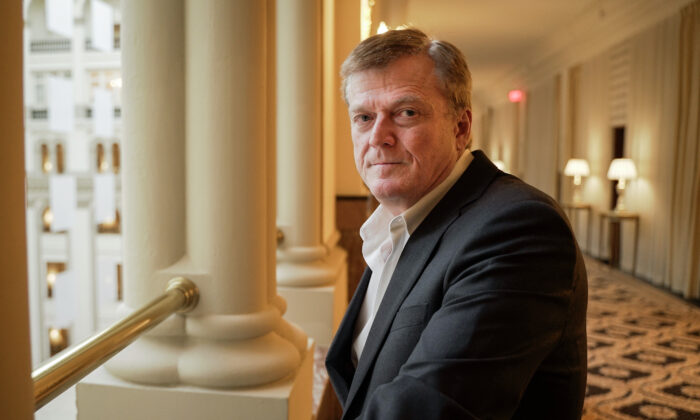 Patrick Byrne, the founder and former CEO of Overstock, claimed in a string of Twitter posts on New Year’s Day that “fake ballots” were found in Fulton County, Georgia.

“On a tip, our operative entered the Fulton County (Atlanta) Warehouse and took this series of photos: THESE ARE FAKE BALLOTS,” he wrote in one post.

Follow-up photos on his thread show boxes that appear to have ballots stored in and piles of batches of ballots on pallets.

He further claimed that those ballots were loaded onto rented Enterprise moving vans and then shredded.

“OFFICIAL ABSENTEE/PROVISIONAL/EMERGENCY BALLOT” can be seen being printed at the top of the ballots in one close-up photo.

In response to Byrne, several Twitter users said that those ballots are likely the unused, leftover ballots.

“I don’t know if you noticed this, but the ballots are blank. No vote on them! These are the extra ballots that were NOT used. Blank ballots get shredded after an election,” one Twitter user wrote in a reply.

Bryne didn’t respond to a request for proof of fake ballots from The Epoch Times.

The Georgia State Secretary’s office, Fulton County Department of Registration and Elections, and Runbeck Election Services didn’t respond to requests for comment from The Epoch Times.

According to the National Conference of State Legislatures (NCSL), emergency ballots are allowed to be used under “a medical emergency such as unforeseen illness, confinement to a medical facility, disabilities or accidents resulting in injury.” At least 38 states including Georgia permit emergency absentee voting under the above circumstances.

During the November election, some states mailed a huge amount of empty ballots to the voters using the CCP (Chinese Communist Party) virus pandemic as a “medical emergency.”

However, those decisions have been challenged by state legislatures and judges.

Gary Du and Allen Zhong contributed to the report.