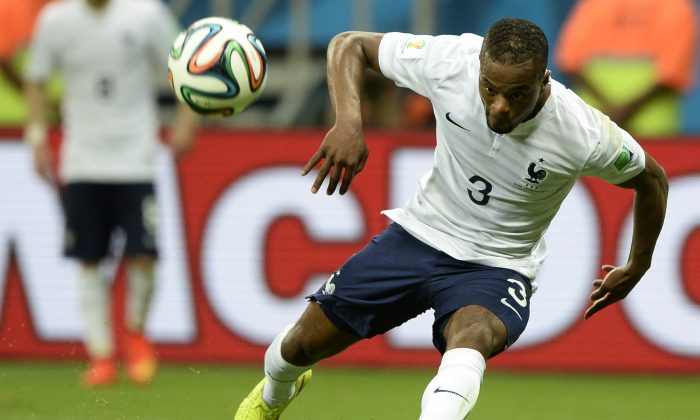 France's Patrice Evra kicks the ball during a Group E football match between Switzerland and France at the Fonte Nova Arena in Salvador during the 2014 FIFA World Cup on June 20, 2014. (FRANCK FIFE/AFP/Getty Images)
Sports

Patrice Evra has had a solid showing at World Cup 2014 so far, and the only thing missing now is… goals?

The 33-year-old Manchester United left back scored a scorcher against Bayern Munich in the Champions League earlier this year.

Although Man United was eliminated from the competition, the goal is one worth revisiting.