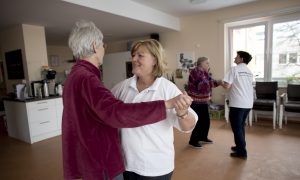 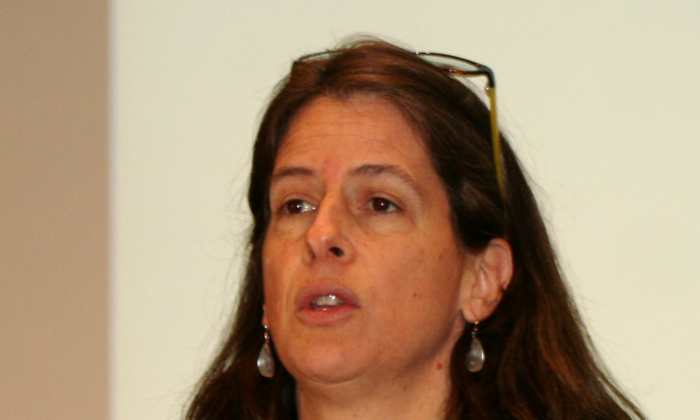 Melinda Abrams is vice president at The Commonwealth Fund and directs the Patient-Centered Coordinated Care program. Abrams was co-moderator at an Alliance for Health Reform briefing May 3, 2013, on Capitol Hill. (Gary Feuerberg/ The Epoch Times)
US

WASHINGTON—Outside of the Affordable Care Act, which the Supreme Court mostly upheld in June 2012, profound changes in the U.S. health care system have been evolving in the last five years with respect to primary care.

Faced with the high cost of health care and projected unsustainable growth of costs, health care are providers are looking for ways to deliver primary care more efficiently at lower costs.

The centerpiece of change in primary care touted by many connected with the U.S. health care system is the patient centered medical home, or PCMH. The PCMH is an innovative approach that many experts are enthusiastically saying is the panacea for addressing primary care, which all agree is currently dysfunctional, poorly coordinated, and fragmented.

The Alliance for Health Reform held a briefing on Capitol Hill May 3 on the status of patient-centered medical homes (PCMH). Melinda Abrams, vice president at The Commonwealth Fund, directs the Patient-Centered Coordinated Care Program.

“The majority of Americans report difficulty in obtaining timely access to care, poorly coordinated care and inefficient, disorganized care,” said Abrams. She noted that many Americans don’t even have a primary care provider.

Abrams said that PCMH, which she and others shorten to “medical home,” promises to be an effective strategy to strengthen primary care.

“You cannot have an accountable care organization that meets its targets without having a strong based foundation of a patient-centered medical home as part of their primary care [plan],” said Graham, who was formerly administrator of Health Resources and Services Administration and deputy director of the Agency for Health Care Research and Quality.

What exactly is this patient-centered medical home that has acquired momentum and widespread support from the private and public sectors?

One key characteristics is that “each patient has an ongoing relationship with a personal physician” who provides “first contact and continuous and comprehensive care.” The physician heads a team that collectively takes responsibility for the care of the patient.

The personal doctor attends to all the patient’s health care needs, including coordinating with other clinicians and community resources. There is a whole-person orientation toward patients.

“Patients have a long-term partnership with clinicians, not a series of sporadic, hurried visits,” says the NCQA (National Committee for Quality Assurance), a non-profit organization that measures health care quality.

Care is coordinated between the complex health care system, such as hospitals and nursing homes, and the patient’s community.

Patient-centered means that the patient has enhanced access through expanded hours and electronic communication. It is essential that patients have access to at least someone on their care team with access to their clinical information after office hours, according to a paper published by the Commonwealth Fund.

Patients participate actively in decisions about their care.

Improved quality and continuous improvement is another key characteristic of the medical home. Physicians have a mindset to improve patient care, and voluntarily submit to measurement and evaluation.

The PCMH model didn’t get going until 2008-2009, said Graham. So, a “huge amount of change has occurred in four, five, or six years,” which is “atypical in the way the U.S. heath system changes,’ Graham said.

The proponents of patient-centered medicine are convinced that it will bring costs down in addition to providing better quality care, and more patient and provider satisfaction—sometimes referred to as the “triple” aim for outcomes. Under PCMH, less patient hospitalization and need to go to the emergency room, for example, would be expected.

But proof of savings has been elusive. Meredith Rosenthal, Ph.D., Harvard School of Public Health, said that creating teams that develop new ways of relating to staff at hospitals is a complex change, which will take time, and not to expect instant cost savings. “It’s going to take more than two years before we will instantly have primary care practices reducing hospitalization,” she said.

PCMH requires a huge cultural shift, as the system is currently “physician-centered,” said Barbara Tobias, M.D. and medical director of the Health Collaborative in Cincinnati, Ohio. Patient-centered means the patient has access outside office hours and is the center of decision-making.

Dr. Tobias was aware that it is unrealistic to expect that independent health plans that cover only their own members could “provide enough resources to transform entire primary care practices and make expanded services available to all patients served by those practices,” according to the Centers for Medicare and Medicaid Services (CMS).

So, Dr. Tobias sought a private-public partnership, including Robert Wood Johnson, and got several healthcare plans—Humana, Anthem, and United Healthcare—to agree to pay for its members a monthly management fee in a pilot study, Cincinnati Medical Home Initiatives, which operates in the Cincinnati-Dayton region. Several team practices were chosen to participate in the pilot program based on their “readiness for change” and “enthusiasm.”

Crucial to the success of this initiative is the support given by the Comprehensive Primary Care Initiative, a federal program that began in the fall 2001 and that is coordinated by the CMS Innovation Center. It provides bonus payment incentives to primary care doctors who better coordinate care for their patients. Seven markets are participating: the states of Arkansas, Colorado, New Jersey, Oregon, and regions in New York, Ohio, Kentucky, and Oklahoma. The number of primary care practices participating in this initiative is 500; the number of providers is 2,144, serving an estimated 313,000 Medicare beneficiaries.

Sean Cavanaugh, acting deputy director of Center for Medicare and Medicaid Innovation at CMS, described several primary care demonstrations that the CMS Innovation Center is supporting, including the Comprehensive Primary Care Initiative. He said that if a model is successful, there is legal authority to expand the duration of the program and expand to the national stage.