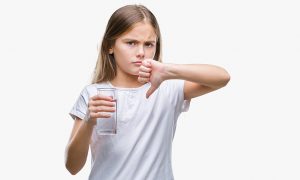 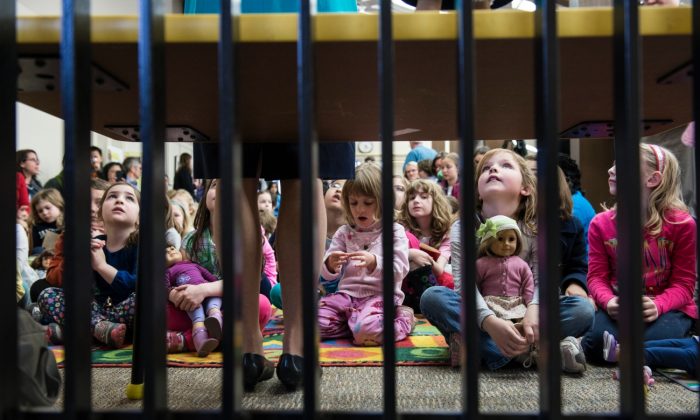 Children listen to a speaker at a library in Arlington, Virginia, on April 4, 2013. (BRENDAN SMIALOWSKI/AFP/Getty Images)
US News

Over the past year, the Austin Public Library in Texas has allowed a sex offender to read to children during “Drag Queen Story Time,” a pro-family organization has learned. This is the latest development in a series of related findings this year.

At least three sex offenders have been exposed in Texas after having participated in “Drag Queen Story Time”—programs that seek to teach children about gender fluidity and give them queer role models through reading events in public libraries.

David Richardson, known as “Miss Kitty Litter,” was arrested for prostitution in 1996, Mass Resistance, a pro-family organization based in Massachusetts, reported. After the group exposed the criminal record on Aug. 8, Austin’s LGBT Committee passed a resolution seeking to protect the story hour and the creation of more programs like it. Drag queens are men who dress up in women’s clothes while often wearing exaggerated makeup, usually for entertainment purposes.

“Can you imagine that? Arthur Schaper, the organizational director of Mass Resistance, told the Epoch Times on Aug. 21. “The powers that be in Austin seem determined to attack us for wanting to alert the public about a sex criminal around children,” suggesting the committee’s move is a response against the push to cancel story hours.

While certain sex offenders are required to register onto the national database, a conviction for prostitution may not restrict someone from participating in events for children.

The library has not responded publicly to the news.

The discovery of Richardson’s criminal history comes after it was revealed that two child sex offenders participated at another Texas library’s “Drag Queen Story Time.”

According to criminal records obtained by Mass Resistance, William Travis Dees, also known as “Liza Lott,” was convicted in 2004 of sex crimes against four children between the ages of four and eight. He is listed as a “high risk sex offender,” but because Dees was 16 when he was convicted, his record is “sealed,” the organization reported earlier this year.

Albert Alfonso Garza, 32, was found guilty of aggravated sexual assault of an 8-year-old boy in Texas on Sept. 9, 2009. The library released an apology statement on March 15, explaining that they “failed to complete a background check as required by [its] own guidelines.”

Schaper said that this goes beyond criminal history. Some participants have been documented by his team to be publicly immersed in lewd and perverse behavior—including Richardson.

“Any school teachers who posted such sexually explicit content on social media would be immediately fired, but the library invites these people in to read,” the organization said in an exposé. Schaper added that despite their behavior online, they are presented as role models to children.

As for content, children are taught about the psychological alteration of gender during these story hours, a subject that public school students won’t learn until sixth through eighth grade, according to the National Sexuality Education Standards.

“The standard that is set for teachers, and people in school systems, should really be applied to anybody that deals with children, in a teaching mode,” Dr. Quentin Van Meter of Van Meter Pediatric Endocrinology told The Epoch Times. “And the Drag Queen Story Hours are advertised to teach children.”

Van Meter said that teaching a small child about sexuality and gender can be detrimental. At their stage of development, topics on sexuality can cause the child to become confused or anxious.

“Sex education is well known to be a kind of curriculum that should be graded based on the child’s understanding and should be taught in an environment where there is both protection for both the child and the person presenting,” he added.

Paid for by the Community

Mass Resistance, which has members in 50 states according to its website, told NTD in an earlier interview that it is seeking to defund libraries that have hosted a “Drag Queen Story Hour.” Parents opposed to the program said they are upset that they’re funding the activities taking place in public schools and libraries.

Leander, another city in the lone star state, spent $20,000 in security on a DQST event at the public library, Mayor Troy Hill told KVUE security was hired as a preemptive measure against an expected protest—which had nearly 300 participants.

In the end, the Leander City Council voted on a measure preventing the library from renting out rooms to public groups, thereby ending the story hour on Aug. 15.