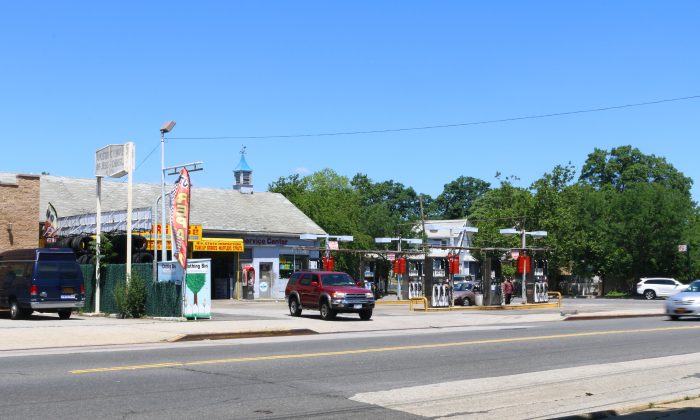 Entrance to the Exotic Auto Repair & Tires service station, site of the collision that left one passenger trapped inside a four-wheel drive. (Brendon Fallon/Epoch Times)
Crime and Incidents

Passenger Freed After Being Pinned in SUV After Collision in Queens

A woman was trapped inside a car early Sunday morning, after it collided with another vehicle in Queens.

At about 6:30 a.m., a small passenger vehicle collided with a sports utility vehicle near the intersection of Farmers Boulevard and 138th Ave..

The force of the collision propelled the four-wheel drive to the opposite side of the street. Its passenger-side door was compressed, trapping the passenger, a middle-aged African American woman, inside.

The employee of a nearby deli, Omar Samed went outside to investigate when he heard the crash. He said that the small passenger vehicle was pulling out of the driveway of the Exotic Auto Repair & Tires service station when it collided with the SUV.

He said that the accident was responded to immediately by a man in a black SUV, who he believed to be a plain clothes law enforcement officer. Samed said that the Fire Department arrived five minutes later, followed by an ambulance.

Samed said it took firefighters half an hour to remove the woman from the car. She was conscious as medical personnel treated her.

As the accident was not considered life-threatening and did not involve a fatality, police said the collision will not be investigated by a specialized squad. Police declined to provide an official account of the collision.