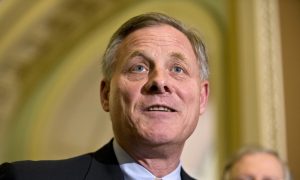 What Will Republicans Do If They Control Congress?
0
Share Now
TelegramFacebookTweetEmailTellMeWeReddit
Copy Link 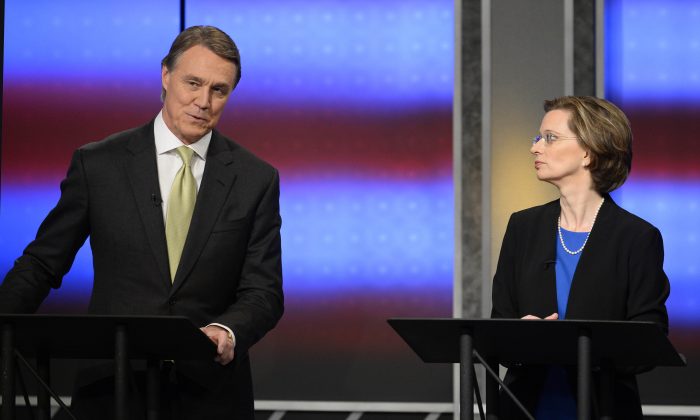 WASHINGTON—He is not on the ballot, but Republicans on Sunday assailed President Barack Obama in a final-weekend clash between candidates and party leaders, as an increasingly confident Republican Party eyes control of Congress two days before Election Day.

GOP officials seized on the president’s low approval ratings, which have overshadowed state contests in which roughly 60 percent of eligible voters are expected to stay home. Still, the Democratic Party leaders are predicting victory despite disappointing polls.

Leading Republicans hammered Obama, however, as the president continued to avoid the nation’s most competitive contests where Democrats would rather he stay away.

“This is really the last chance for America to pass judgment on the Obama administration and on its policies,” the GOP’s 2012 presidential nominee, Mitt Romney, said in a message echoed by Republicans across the country this weekend.

While the elections will determine winners in all 435 House districts and in 36 governors’ seats, the national focus is largely on the Senate, where Republicans need to net six seats to control the majority in the Congress that convenes in January. The GOP already controls the House, and a Senate takeover could dramatically change Obama’s last two years in office.

Republicans appear certain of picking up at least three Senate seats — in West Virginia, Montana and South Dakota. There are nine other competitive Senate contests, six of them for seats in Democratic hands.

Clinton, who is weighing a 2016 presidential bid, charged that Republicans are running a campaign of fear.

“Fear is the last resort for those who have run out of ideas and hope,” she said in her first appearance in New Hampshire since October 2008.

And in Georgia, where Democrats see an opportunity to gain a seat in traditionally GOP territory, Republican David Perdue repeatedly called Democrat Michelle Nunn a “rubber stamp” for Obama.

“President Barack Obama said his policies are on the ballot, and in Georgia those policies go by the name of Michelle Nunn,” Perdue said in a Sunday debate.

Nunn mockingly told Perdue he sounds like he’s “running against the president.”

The campaigns’ costly voter turnout operations were in full swing this weekend as each side worked to convince its supporters to get to the polls on Tuesday. Large percentages of younger voters and minorities — groups that typically support Democrats — are expected to sit out the elections altogether.

Early voting has been strong, however.

“The problem they have is that their message isn’t working and our ground game is whipping their ground game,” Republican National Committee chairman Reince Priebus said on Sunday, asserting early voting advantages in Colorado, Arkansas and Iowa.

The final Sunday before the election was bringing out big names, including some who aren’t on the ballot now but could be in 2016.

While Clinton was in New Hampshire, Obama was testing his ability to energize voters in two high-profile governor races on Sunday, trying to save a Democrat in Connecticut and unseat a Republican in Pennsylvania.

“Stand up and show it! Speak up! Vote!” Biden charged at an event targeting Hispanic voters at Florida International University.

On the Republican side, Romney, who reiterated on Sunday that he would not make a third White House run, was campaigning in Alaska with Senate candidate Dan Sullivan and Gov. Sean Parnell, who is seeking another term.

New Jersey Gov. Chris Christie, who is expected to enter the 2016 Republican presidential primary, was to stop in South Carolina, Illinois, Maryland and Pennsylvania. And Kentucky Sen. Rand Paul was campaigning across Kentucky.

Wasserman Schultz and Priebus appeared on ABC’s “This Week,” Paul spoke on NBC’s “Meet the Press,” while Romney was interviewed on Fox News Sunday.

From The Associated Press. AP writers Ken Thomas in Nashua, New Hampshire, Bill Barrow in Atlanta and Brendan Farrington in Miami contributed to this report.