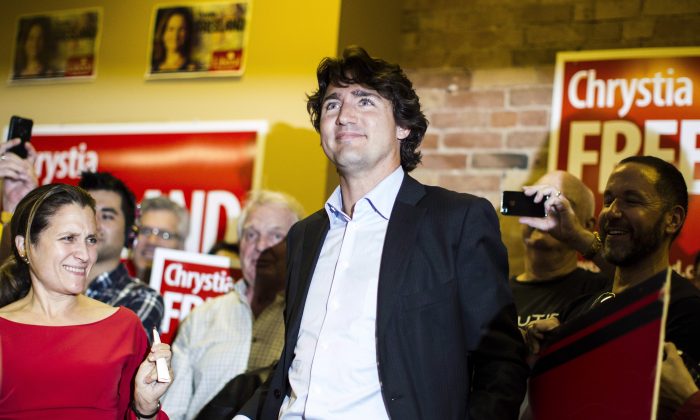 Consumer issues will feature in Parliament's next sitting, but senate scandal remains
By Matthew Little

OTTAWA—Parliament will resume next week and both the government and the official opposition look set to duke it out in part over who can best serve Canadian consumers.

Meanwhile, both parties are facing challenges from the upstart third-ranked Liberals who continue to claim more headlines than their current standing would normally warrant.

With the Conservatives still dealing with fallout from several expense scandals in the lower and upper houses, Prime Minister Stephen Harper will need to bring something notable to the table in his throne speech next Wednesday.

The government has signalled an agenda that will focus in large part on Canadians as consumers.

With policies aimed at lowering costs on items like cellphone contracts through increased competition and touting a “Consumers First” agenda, the Tories hope to give Canadians a boost where it matters—in the pocketbook.

It’s a priority the NDP have also picked up on, in part by attacking the government’s decision to cancel preferential tariffs for consumer goods imported from China, but also by promising their own pocketbook policies.

Some of those are old, and well known, but the party has polished them off and put them at eye-level. They include capping ATM fees, ensuring access to low-interest credit cards, and cracking down on payday loan companies that charge extra fees.

Delacourt, the Toronto Star’s senior political reporter in Ottawa, writes that politics has begun to look a lot like retail business, with Canadians shopping for parties that have favourable polices while parties try to find pockets of voters by offering niche policies.

The result is voters are less loyal to political brands, and some political parties are prepared to forgo the challenge of selling big ideas to wary voters and instead win over smaller categories of Canadians through more narrowly focused initiatives.

If the Conservatives do make consumer issues a top priority in the next session of Parliament, one of their biggest challenges will be addressing the price gap Canadians pay on goods that are significantly cheaper south of the border. That ongoing issue irks many who question why even cars produced in Canada can be cheaper in the United States.

Liberal leader Justin Trudeau has said his party won’t be trying to curry votes through carving up the voter base, but with few of his own polices on the table, it’s not entirely clear how the Liberals will make their claim on Canadian voters.

Trudeau has said he wants to find out what Canadians are looking for before laying out a detailed platform—a move that both the NDP and Conservatives have derided.

That hasn’t mattered terribly much so far, though. Trudeau has managed to bring his party back into contention largely on his star power alone.

That may explain in part why one former Conservative Party member has decided to run as a Grit in a Manitoba byelection.

Rick Pauls, once a Conservative Party member, was planning to run as an independent in the Brandon-Souris byelection, but is now seeking the Liberal nomination after a falling out with the Conservatives.

Larry Maguire, the two-time Progressive Conservative representative for Arthur-Virden in the Manitoba legislature, has the Conservative nomination for the federal byelection.

The byelection has been the source of some controversy over the Conservative nomination process after two other men seeking the nomination had their papers rejected even though they said they had followed the rules.

Dinsdale made headlines in September for making misleading claims that he was a senior executive at Facebook and had guided the social network company’s Canadian operations. In reality, Dinsdale worked for a company that contracted for Facebook.

Dinsdale’s father was the Brandon-Souris MP for more than 30 years.

With four upcoming byelections, all parties will be pulling double duty trying to make their mark in the House of Commons while supporting their candidates, but that could be a welcome distraction for the Conservatives.

While the NDP didn’t get much attention for their “Roll Up the Red Carpet” campaign to dissolve the Senate, the expense scandals coming out of the upper chamber are still garnering headlines.

Meanwhile, former high-profile Tory MP Dean Del Mastro has had to leave the Conservative caucus after being charged under the Canadian Elections Act for problems in his 2008 election finance filings.