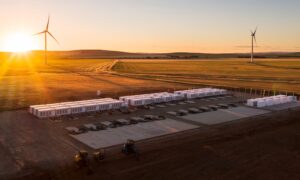 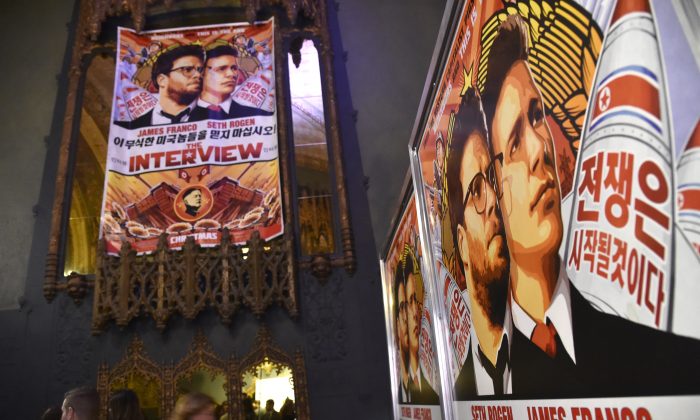 The premiere of Columbia Pictures' "The Interview," at The Theatre in the Ace Hotel, in downtown Los Angeles, on Dec. 11, 2014. (Frazer Harrison/Getty Images)
Asia & Pacific

Park, who has long engaged in an effort to drop a variety of materials into the closed-off country, said that he and the foundation will drop DVDs and USBs starting as early as late January, using balloons.

“North Korea’s absolute leadership will crumble if the idolization of leader Kim breaks down,” Park told the Associated Press.

North Korea officials are expected to be upset over the move. The officials have slammed the movie, while also denying reports that they’re behind the hack of Sony that happened recently.

At the same time, it’s unclear whether Park’s plan will spark much action, considering few North Koreans own computers or DVD players.

If carried out, the move was expected to enrage North Korea, which expressed anger over the movie. In October, the country opened fire at giant balloons carrying anti-Pyongyang propaganda leaflets floated across the border by South Korean activists, trigging an exchange of gunfire with South Korean troops.

Park said the ballooning will be done clandestinely, with the pace picking up in March when he expects the wind direction to become more favorable.

The Human Rights Foundation is trying to raise $250,000 to “smuggle and airdrop films, literature, encyclopedias, and media into information-starved North Korea,” including The Interview.

It’s calling the campaign “Hack Them Back.”

“It is HRF’s commitment to put 100,000 copies of The Interview into North Korea in 2015. This effort will take place throughout the year, in conjunction with the distribution of a range of different films and media, and will be conducted in partnership with multiple defector organizations,” the foundation told Gawker in a statement.

“As one of the human rights organizations that considers property rights to be a fundamental and key component of a free society, HRF does not engage in nor does it encourage the violation of copyright or intellectual property rights. In the specific case of The Interview, we were approached by an executive from the company involved in the electronic distribution of this film and are currently in useful communications to explore the options available to make distributing this film in North Korea a reality.”