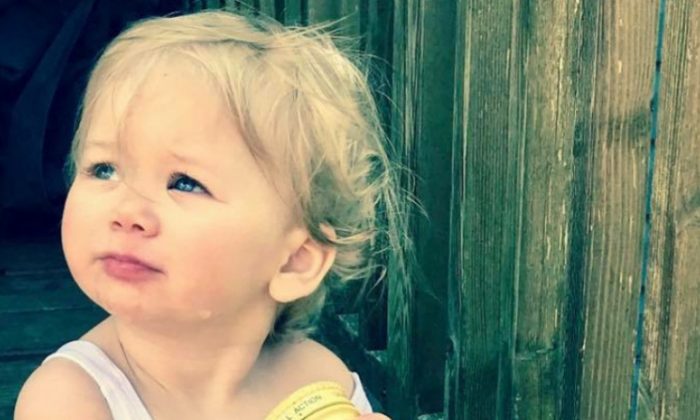 The parents of an 18-month-old Minnesota girl are looking for help from the public after discovering that their daughter is extremely allergic to water.

Ivy Lynn Angerman may the youngest person ever to be diagnosed with the extremely rare condition, which usually manifests in teenagers, according to GoMN.

The girl’s parents first became concerned when she would have unexplainable rashes after bathtime when she was about a year old. They tried bathing Ivy with no soap and shampoo to no avail. Then they took baths at Ivy’s grandparents’ house and a hotel, yet the rashes persisted.

That’s when they took Ivy to a doctor and learned that their toddler has aquagenic urticaria, a condition so rare that only 100 cases have been reported since 2011.

Ivy’s skin breaks out in blisters in hives when it comes in contact with water. The condition is so severe that Ivy is in pain even when she sweats.

The girl also has trouble drinking water. One patient with aquagenic urticaria told Mail Online that she can only drink Diet Coke.

Now the distraught parents are looking for the public’s help to move into a new home. The Angermans started a GoFundMe page to raise $50,000 for a home that has a well, a water purification system and forced air heating and cooling.

Ivy’s rashes can be controlled by allergy medication. But the medicine does not prevent the pain.

The Angermans will use part of the donations for ongoing treatment of her condition, which can become worse over time.

According to The Genetic and Rare Diseases Information Center, aquagenic urticaria is more likely to affect women and manifests around the time of puberty.

Doctors are not sure why the allergy occurs. Some studies show that it may be caused by allergens in the water and not the water itself. This is why using purified water helps address the condition.

Another explanation is that the water interacts with a substance in the skin, producing a toxic substance.