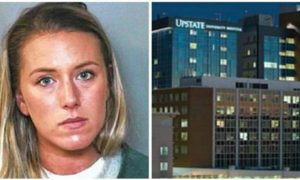 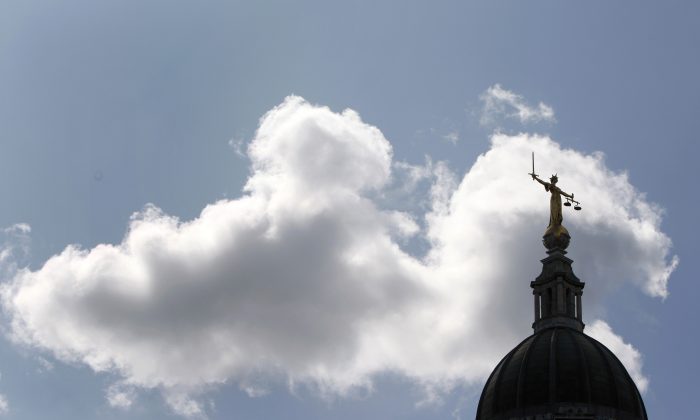 The Lady of Justice on top of the "Old Bailey" Central Criminal Court in London on July 10, 2009. (Stephen Hird/Reuters)
UK

Parents Accused of Getting ‘Witch’ to Mutilate Daughter Aged 3

LONDON—A 3-year-old girl was subjected to female genital mutilation (FGM) by a “witch” as her parents held her down at her London home, a court heard Jan. 16.

The injuries came to light when her parents rushed her to a hospital for surgery following heavy bleeding, the jury heard. Doctors discovered several cuts to her genitals.

FGM has been illegal in Britain since 1985, but there has never been a successful prosecution.

The jury at the Central Criminal Court were told that the girl’s parents reported to police that their daughter had hurt herself after falling on a cupboard door while climbing up to get a biscuit.

But Carberry said experts had “comprehensively rejected” the explanation.

When the girl was later moved to foster care she told her carer her parents’ story was wrong and that she had been cut.

“She said ‘my mum and dad hold me, the lady she cut me. Blood everywhere,” Carberry said.

The girl told police her parents called the woman a “witch.”

Police found blood-soaked towels at the girl’s east London home and a blue princess dress which appeared to have blood stains.

Obstetrician Bashier Dawlatly, who operated on the girl, said there was no bruising consistent with an impact injury.

“The lack of bruising … made him suspect that this was … female genital mutilation. He was of the opinion that a sharp implement was used … most likely a scalpel,” Carberry said.

Dawlatly told the court he had seen many cases of botched FGM in children while practicing in his native Sudan before moving to Britain.

Carberry said when the hospital alerted police, the girl’s mother phoned her father and asked him to conduct a spell to silence doctors and police by placing their names in a substance called allum.

Police searches of the mother’s home in December 2017 uncovered a number of other items used for spells, the jury heard.

In the freezer were two cow tongues bound with wire, with nails and a knife embedded in them, Carberry said. They also found 40 limes and other fruit which, when opened, contained the names of police officers, a social worker, and the DPP.

“These people were to ‘shut up’ and ‘freeze their mouths,’ ” Carberry said.

The court was told that the father is from Ghana and the mother from Uganda. Both countries have banned FGM.

The father, a former telecoms engineer, told police he was a Muslim and did not believe in witchcraft. The mother told investigators she had never heard of FGM.